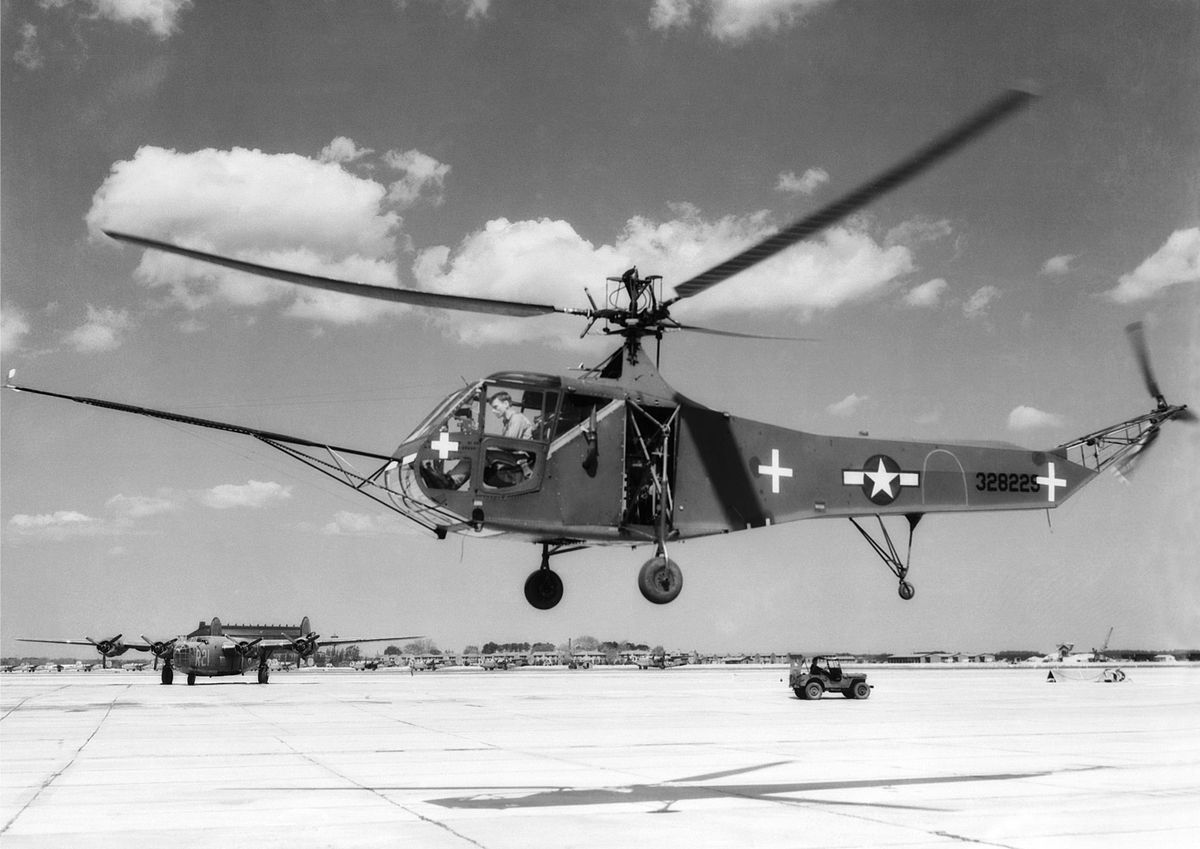 A helicopter is used for combat air rescue for the first time—a Sikorsky YR-4B helicopter of the US 1st Air Commando Group rescues four downed airmen in the Burma jungle, two at a time.