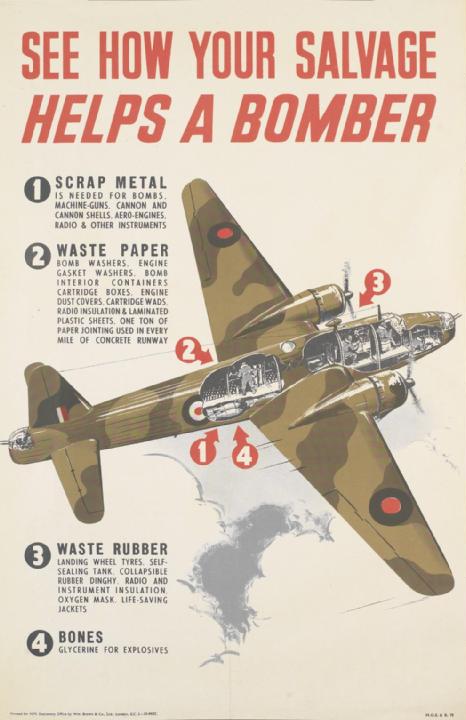 British wartime poster of a Vickers Wellington medium bomber (used in first RAF bombing of Berlin) to illustrate how scrap and salvage was used in production (Imperial War Museum: PST 14695)

80 Years Ago—Aug. 25, 1940: RAF begins night-time bombing of Berlin, in response to (accidental) Luftwaffe bombing of London the night before.

75 Years Ago—Aug. 25, 1945: In China US Capt. John Birch is killed in a skirmish with communists, the “first casualty of Third World War.”