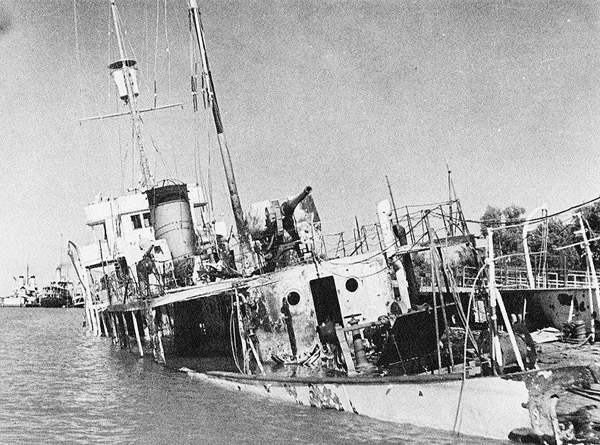 Iranian gunboat Babr after being shelled by the British Navy during the invasion of Iran, 25 August 1941 (Iranian govt photo, public domain)

80 Years Ago—Aug. 25, 1941: British and Soviets invade Axis-leaning Iran to secure a supply route to the USSR.