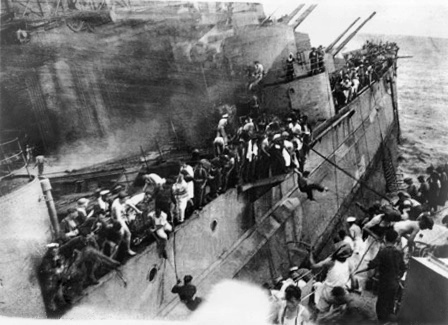 First US bombing mission of the war, as B-17s of the 19th Bombardment Group attack Japanese ships off Luzon in the Philippines.