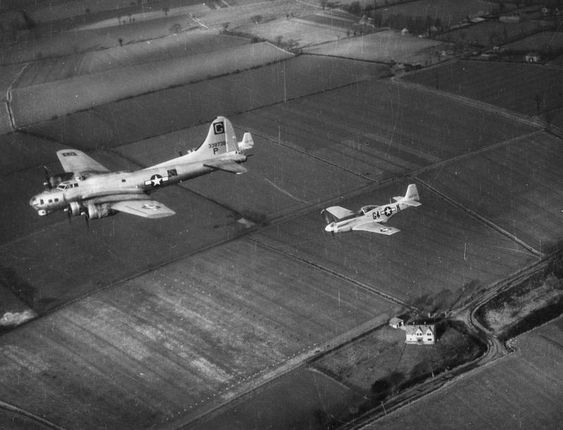 B-17 Flying Fortress “Maiden America” of the 385th Bomb Group is escorted on a mission by two P-51 Mustangs, including P-51D “Marymae” of the 357th Fighter Group. (Imperial War Museum, Roger Freeman Collection)