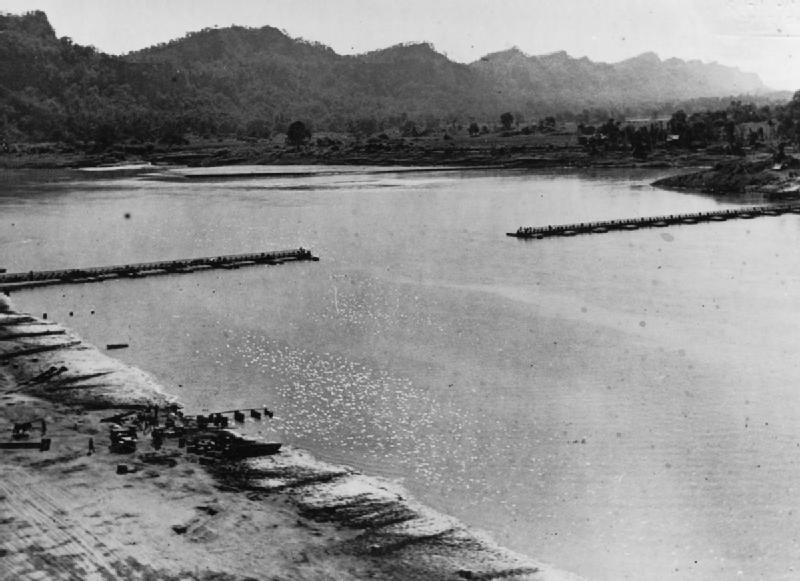 The 1,154-ft ft bridge across the Chindwin River in Burma as it neared completion; this would be the longest Bailey Bridge ever, 2 Dec 1944. (Imperial War Museum)

80 Years Ago—December 3, 1939: As Soviets advance in Finland, Finnish troops drop back to the Mannerheim Line.

RAF Wellington accidentally drops bombs on Helgoland Bight in Germany, the first British bombs on German soil in WWII, but no damage is done.

75 Years Ago—Dec. 3, 1944: Civil war breaks out in Greece between communists and royalists.