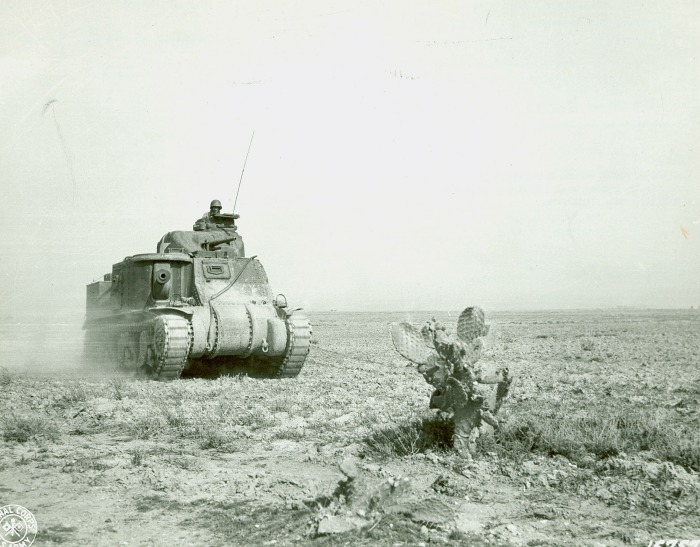 75 Years Ago—Feb. 19, 1943: Battle of Kasserine Pass begins: German forces under Rommel drive back US II Corps in Tunisia at Kasserine and Sbiba Passes.