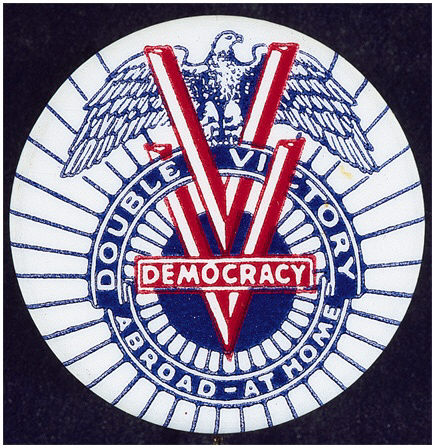 Emblem of the Double V Campaign

80 Years Ago—Feb. 7, 1942: “Double V” campaign is proposed by the Pittsburgh Courier, the leading Black newspaper, to fight for victory against fascism abroad and against racism & segregation at home.

New songs in Top Ten: “A String of Pearls” and “Deep in the Heart of Texas.”