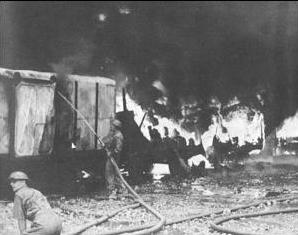 Fritz Todt, German Minister of Armaments and Munitions and designer of the Autobahn, is killed in a plane crash; Albert Speer is named to replace him.