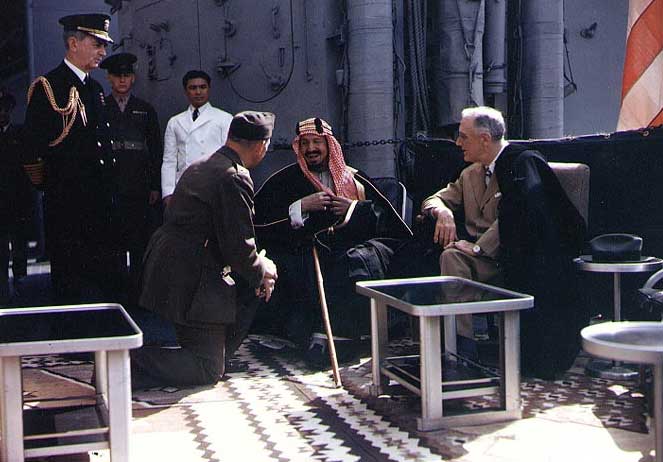 In Manila, US troops capture Nichols Field and Cavite naval base.

On his way home from the Yalta Conference, Pres. Franklin Roosevelt meets with kings Farouk of Egypt, Haile Selassie of Ethiopia, and Ibn Saud of Saudi Arabia, but is unable to convince them to allow Jewish settlement in Palestine.