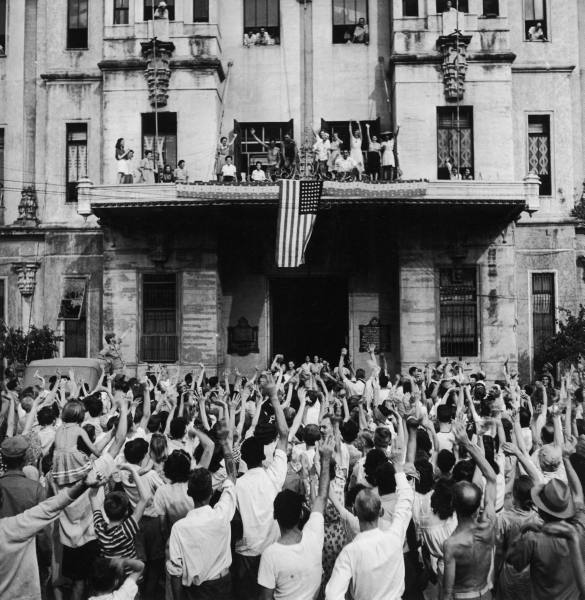 Internees at the University of Santo Tomas in the Philippines celebrate their liberation, February 1945. (LIFE, public domain)

On Luzon in the Philippines, US Sixth Army enters Manila, and US airborne troops liberate 3700 civilian internees at Santo Tomas.