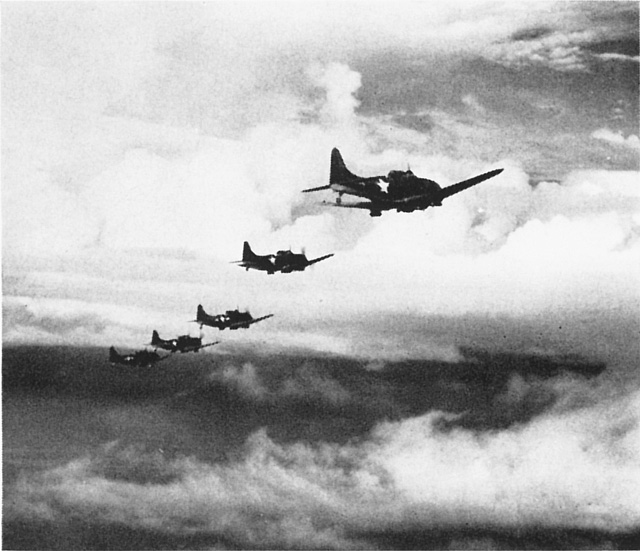 US Navy or USMC SBD Dauntless dive-bombers on mission in the Solomon Islands, early 1943 (US Navy photo)

In the Solomons, US Navy, Marine Corps, and Thirteenth Air Force aircraft attack Japanese destroyers and shoot down 38 Japanese aircraft.