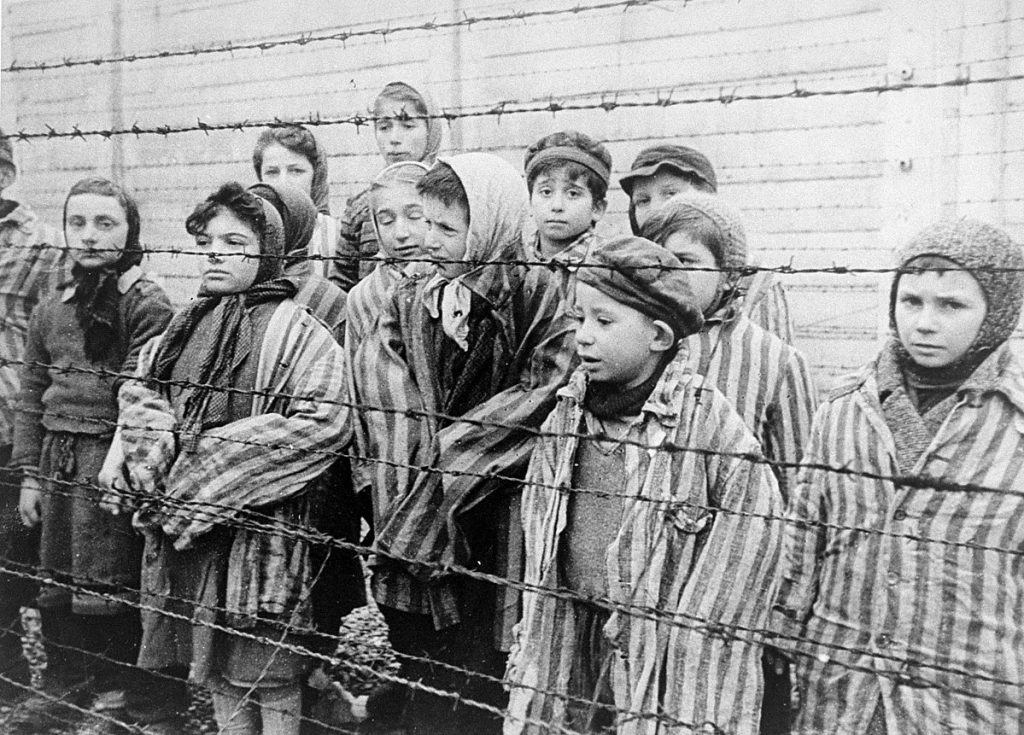 Child survivors of Auschwitz, 27 Jan 1945; Still photograph from Soviet film of the liberation of Auschwitz, taken by the film unit of the First Ukrainian Front (public domain via United States Holocaust Memorial Museum, courtesy of Belarussian State Archive of Documentary Film and Photography)

80 Years Ago—January 27, 1940: US freighter City of Flint returns to Baltimore; Capt. Joseph Gainard (merchant marine) receives the first Navy Cross of the war. The neutral freighter had been captured by the Germans, creating an international incident: See October 9, 1939; October 23, 1939; November 3, 1939; and November 6, 1939.