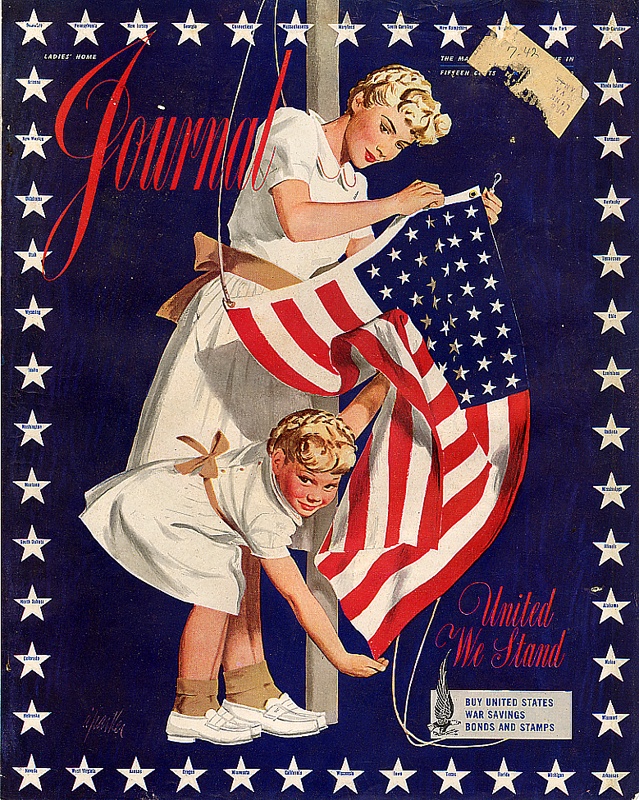 Cover of Ladies’ Home Journal for the “United We Stand” campaign, 4 July 1942

US AVG (Flying Tigers) is disbanded and absorbed into the new US China Air Task Force; only 5 AVG pilots agree to join the CATF—the AVG had destroyed over 300 aircraft with only 50 P-40s & 9 pilots lost.

Over 100 magazines show US flag on cover for the “United We Stand” campaign.