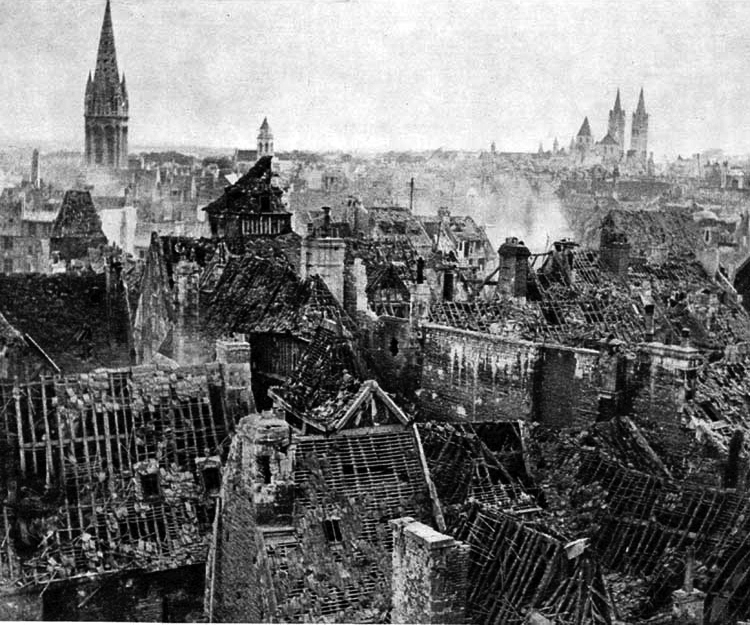 RAF sends 467 bombers to Caen, France; over the next three days, most of the city will be destroyed by bombing.