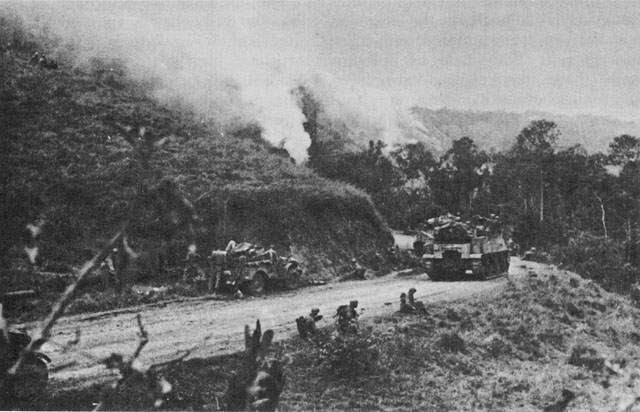 US Sixth Army at Oriung Pass on Luzon, 14 June 1945, on way to Cagayan Valley (US Army Center of Military History)

80 Years Ago—June 27, 1940: President Roosevelt declares a national emergency and invokes the Espionage Act of 1917 to control shipping in territorial waters and the Panama Canal and to take measures against sabotage.

75 Years Ago—June 27, 1945: US Sixth Army secures Cagayan Valley on Luzon and drives toward Aparri on the north shore.

Edward Stettinius resigns as Secretary of State to become the first US Ambassador to the United Nations.