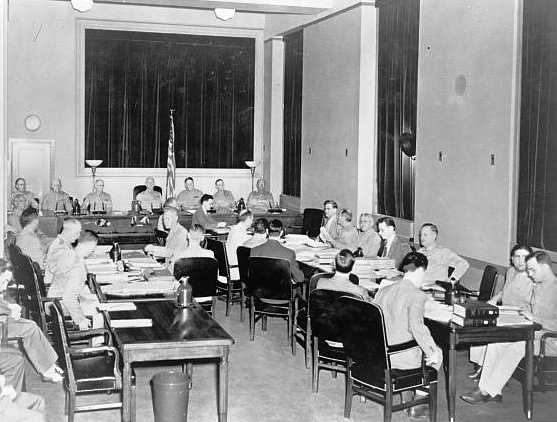 Nazi saboteur trial, Washington, D.C. The special seven-man military commission opens the third day of its proceedings in the trial of eight Nazi saboteurs in the Department of Justice building (Library of Congress: cph.3c34579)

80 Years Ago—June 27, 1942: Two more German saboteurs are arrested in Chicago; all eight who landed in US by U-boat earlier in June are now imprisoned.

First destroyer escorts (DE-1 and DE-2), USS Bayntun and USS Bazely are launched at Boston Navy Yard, MA; both will soon be commissioned into the British Royal Navy.