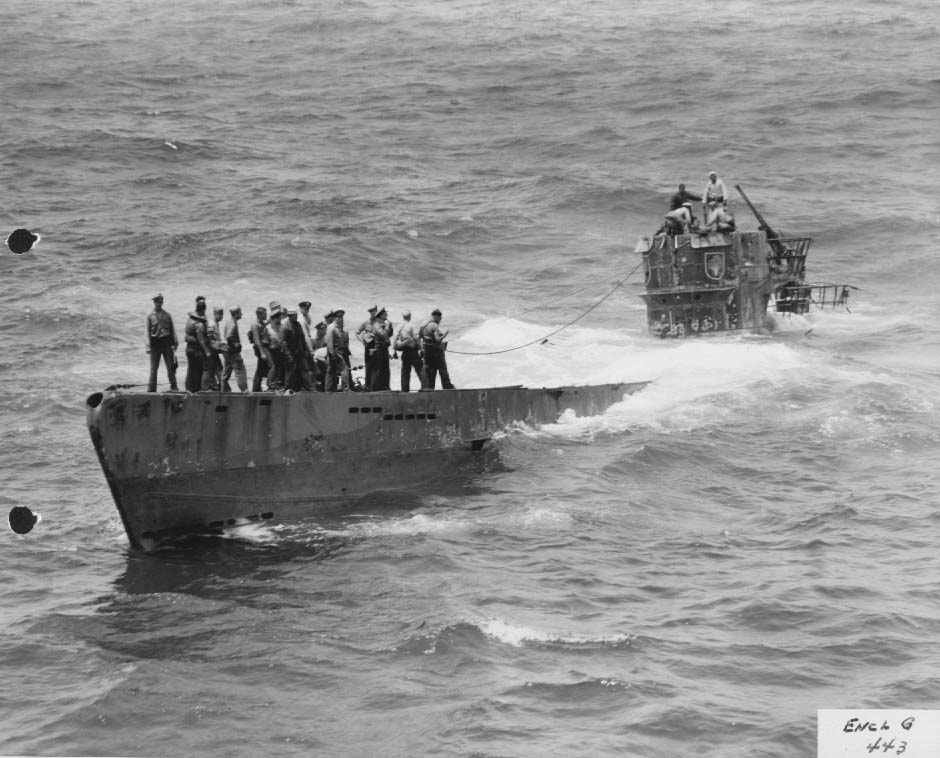 US Navy boarding party on captured German U-boat U-505, 4 June 1944 (US National Archives)

75 Years Ago—June 4, 1944: Countdown to D-day: at 5:15 am, Gen. Dwight Eisenhower postpones D-day from June 5 to June 6 due to unfavorable weather: Force U, ships already en route to Utah Beach, return to ports in England.

US Fifth Army enters Rome and secures bridges over the Tiber.

Off West Africa, escort carrier USS Guadalcanal and 5 US destroyer escorts capture German submarine U-505 and its Enigma machine, the first intact ship captured by the US since 1815. Read more about the capture of the U-505 and see pictures of the U-boat from my visit to the Museum of Science and Industry, Chicago: U-Boat Tour, Part 1 and Part 2.