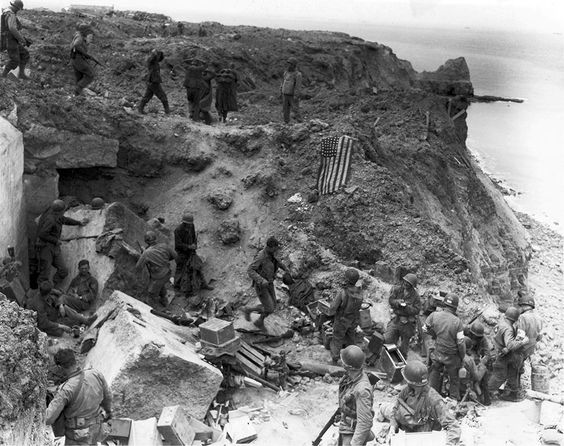 US 2nd Ranger Battalion at Pointe du Hoc after relief on D+2 (June 8, 1944); American flag had been spread out to stop fire of friendly tanks coming from inland. Some German prisoners are being moved after capture (US Army Signal Corps photo) 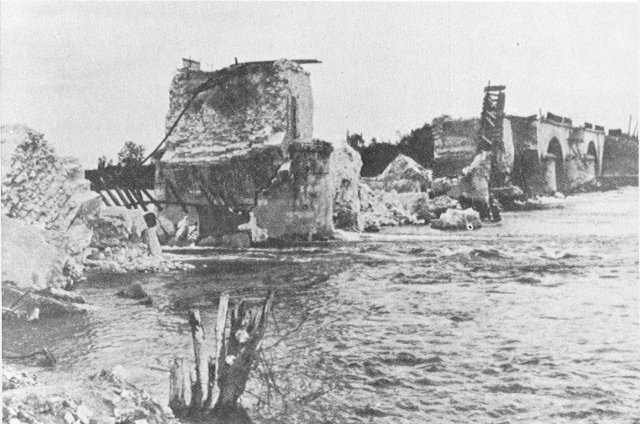 The US 2nd Ranger Battalion at Pointe du Hoc is relieved by forces from Omaha Beach, having held the point since climbing the cliffs on D-day.

RAF first uses the 12,000-lb “Tallboy” bomb, destroying a train tunnel in Saumur, France on the only north-south rail line in the Loire Valley, impeding German reinforcement of Normandy.

On the Adriatic coast of Italy, the British advance after finding the Germans have retreated.