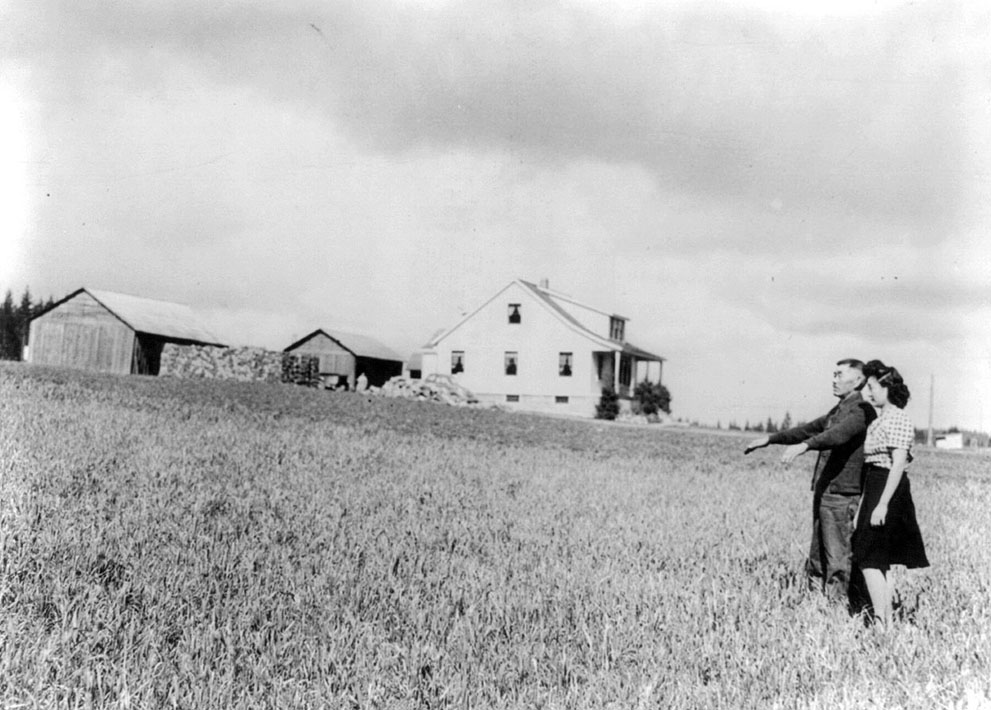 Japanese-American farmer and his daughter on their strawberry farm before being relocated, Bainbridge Island, WA, 23 Mar 1942 (Library of Congress)

80 Years Ago—Mar. 24, 1942: In the Philippines, the Japanese begin intense artillery and air bombardment of Bataan and Corregidor.

Adm. Chester Nimitz is appointed Commander in Chief of US Pacific Theater.

US issues first exclusion order which will force removal of Japanese from Military Zone 1 (western halves of CA, OR, WA, southern portion of AZ).

All Japanese-Americans on Bainbridge Island near Seattle are ordered removed under military guard within a week.