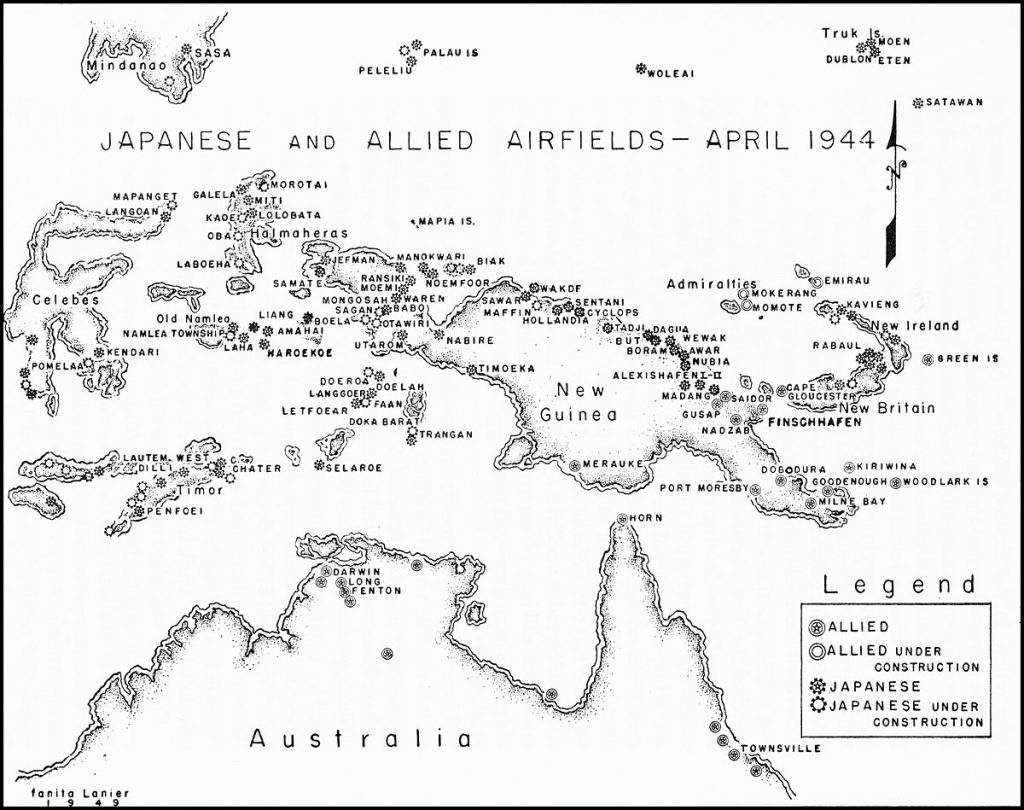 Map of Japanese and Allied airfields in the Southwest Pacific Area, April 1944 (Source: US Air Force)

US secures Manus in the Admiralty Islands in the Pacific.