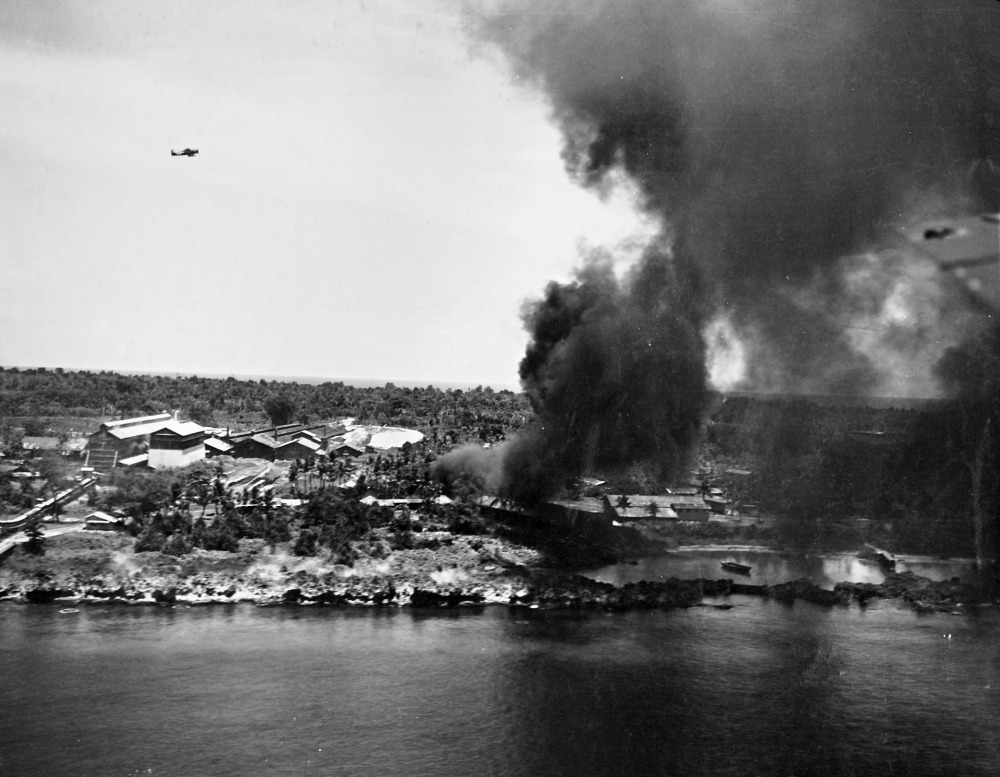 Peleliu Island under attack by aircraft of US Navy Task Force 58 (note F6F fighter in flight), 30 March 1944 (US National Museum of Naval Aviation)

US Navy’s Task Force 58 with 11 carriers begins a 3-day air strike against the Caroline Islands in the Central Pacific; will destroy 150 Japanese aircraft at a cost of 20 US aircraft, and will sink over 40 ships and vessels. 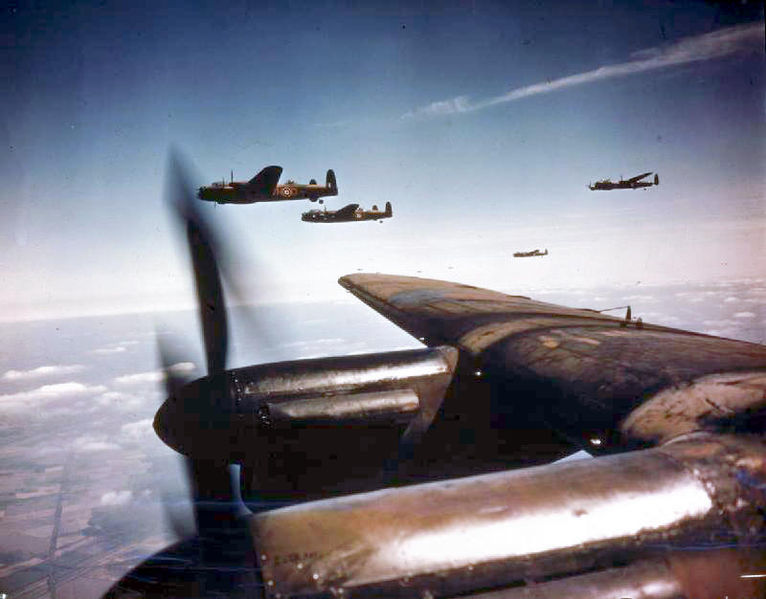