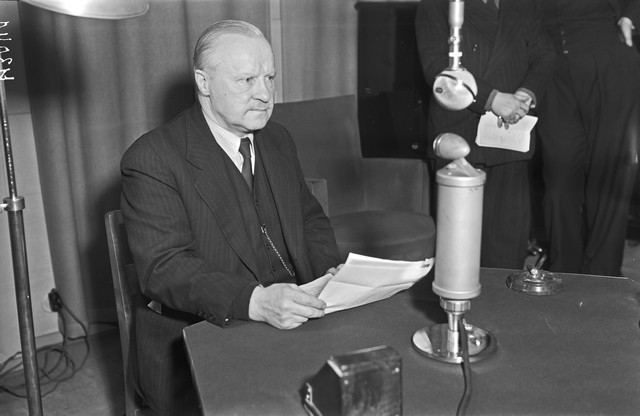 Finnish foreign minister, Väinö Tanner, reads the terms of the Moscow Peace Treaty on the radio, 13 March 1940 at 12 am (Source: Museovirasto via Wikimedia Creative Commons)

80 Years Ago—March 12, 1940: Finland signs treaty with the USSR, ending the Soviet-Finnish Winter War and ceding border lands to the Soviets. In over three months of fighting, 25,000 Finnish soldiers were killed and 200,000 Soviets.