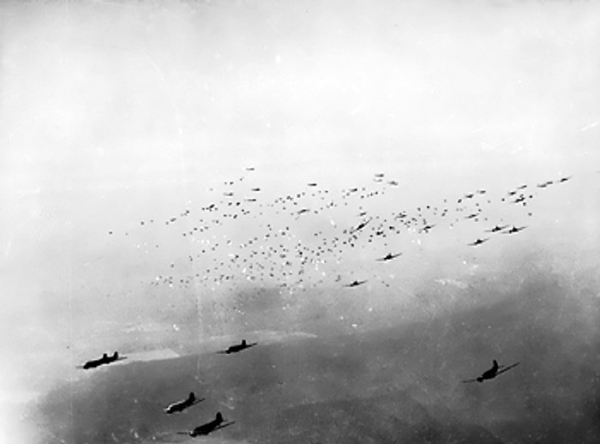 C-47 transports releasing hundreds of paratroopers and their supplies over the Rees-Wesel region, Germany during Operation Varsity, 24 Mar 1945 (Imperial War Museum: 4700-06 EA 59364A)

US Fifteenth Air Force based in Italy sends 660 B-17 and B-24 bombers to Berlin for the first time as a diversion for the Rhine crossings. The escorting 332nd Fighter Group (African-American Tuskegee Airmen), shoots down 3 German Me 262 jets and earns the Distinguished Unit Citation.

Premiere of Tweety Bird cartoon Life with Feathers, featuring debut of Sylvester (unnamed in the cartoon).