US commercial airlines complete a year of flying without a fatal accident or a serious injury. 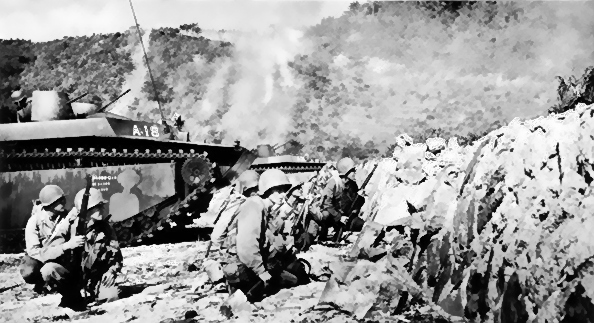 Men of the US 77th Division landing from LVTs onto Zanami Island of the Kerama Islands near Okinawa, Japan, 27 Mar 1945. (US Army photo)

US Eighth Army lands on Cebu in the Philippines.

US Tenth Army lands on Kerama Islands 15 miles west of Okinawa to build an artillery base; seizes 350 suicide torpedo boats. 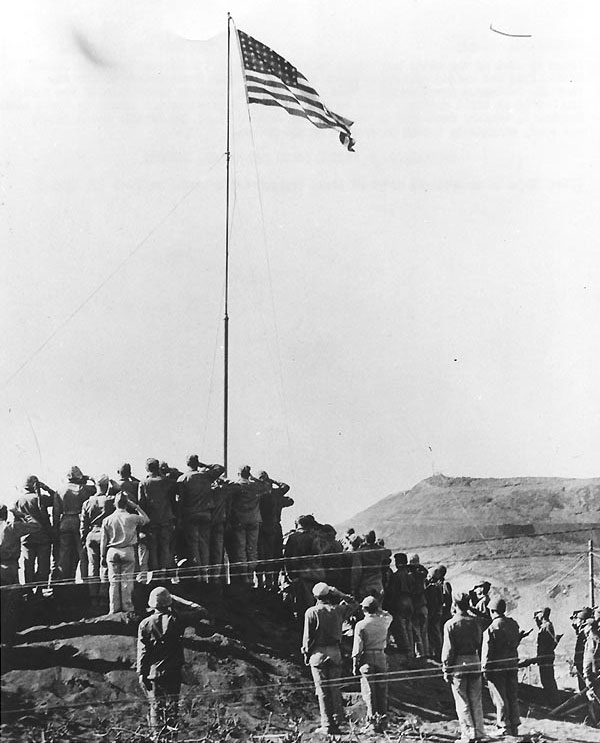 Flag raising at US Headquarters on Iwo Jima after US Navy military government is established, 14 Mar 1945. (US Naval History and Heritage Command: NH 104584)