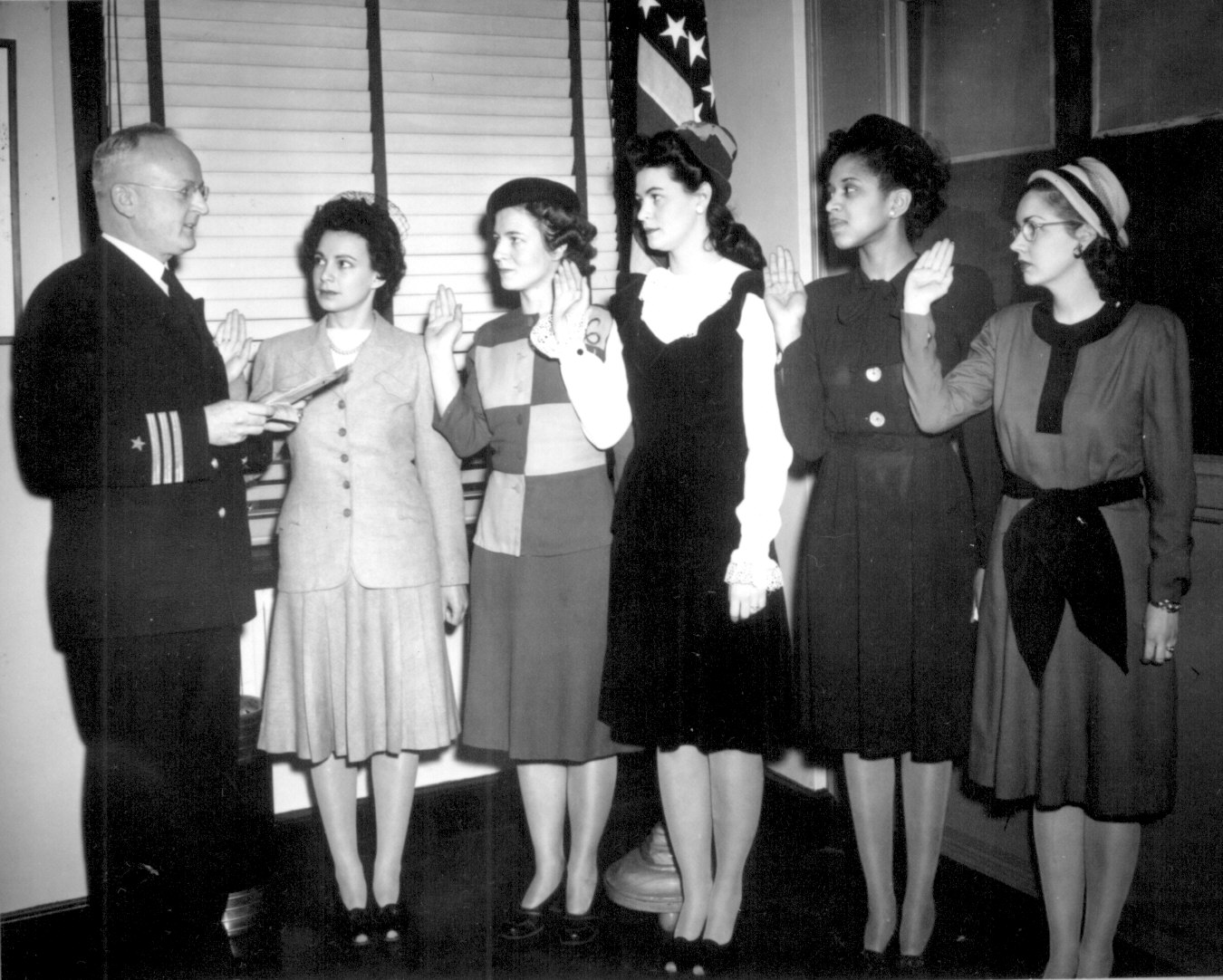 US Navy swears in its first black nurse, Phyllis Daley.