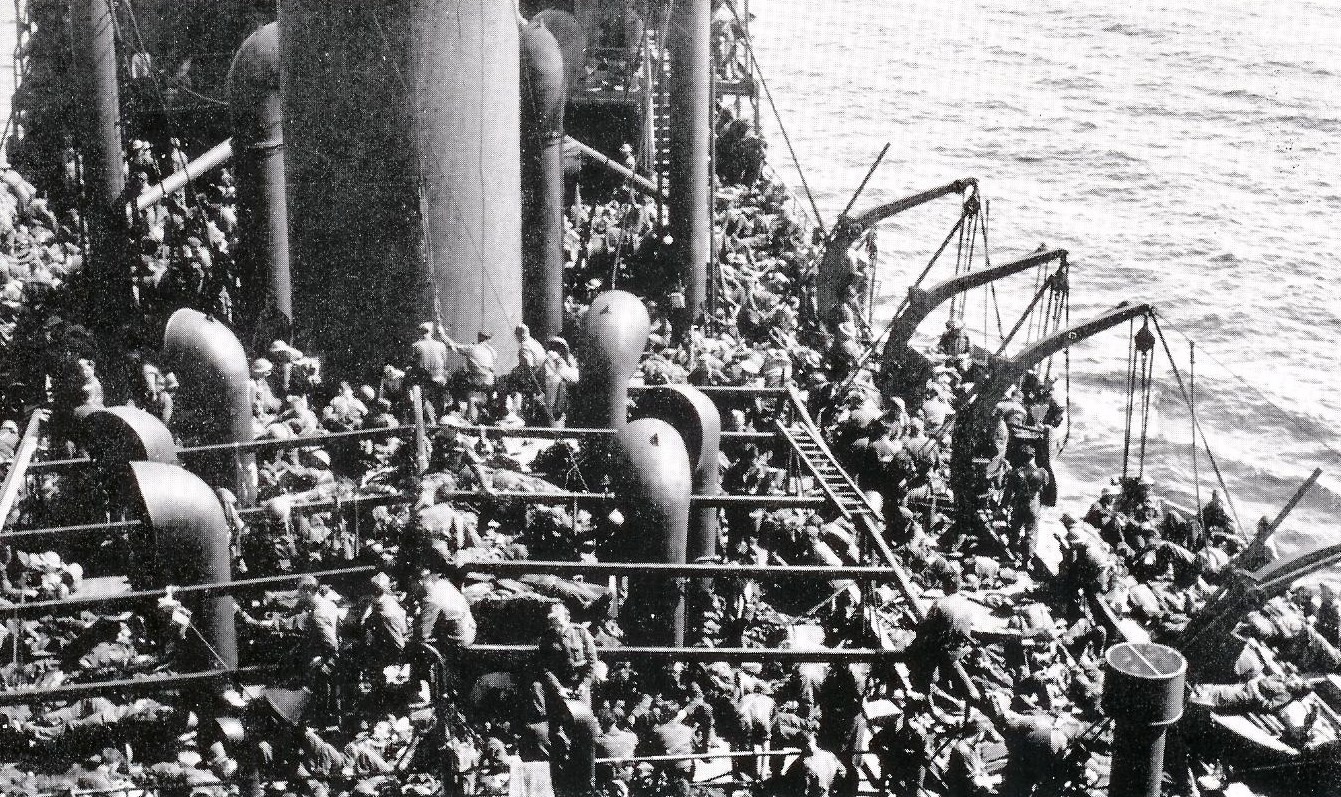 Allied troops aboard the ship Guinean after being evacuated from Dunkirk, late May 1940 (public domain via WW2 Database)