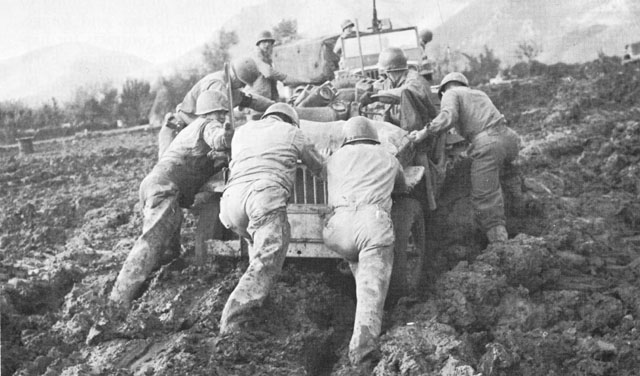 Soldiers of US Fifth Army battle mud in Italy, fall 1943 (US Army Center of Military History)

Gen. Mark Clark orders two-week halt to US offensive in Italy to allow for rest and reinforcement.