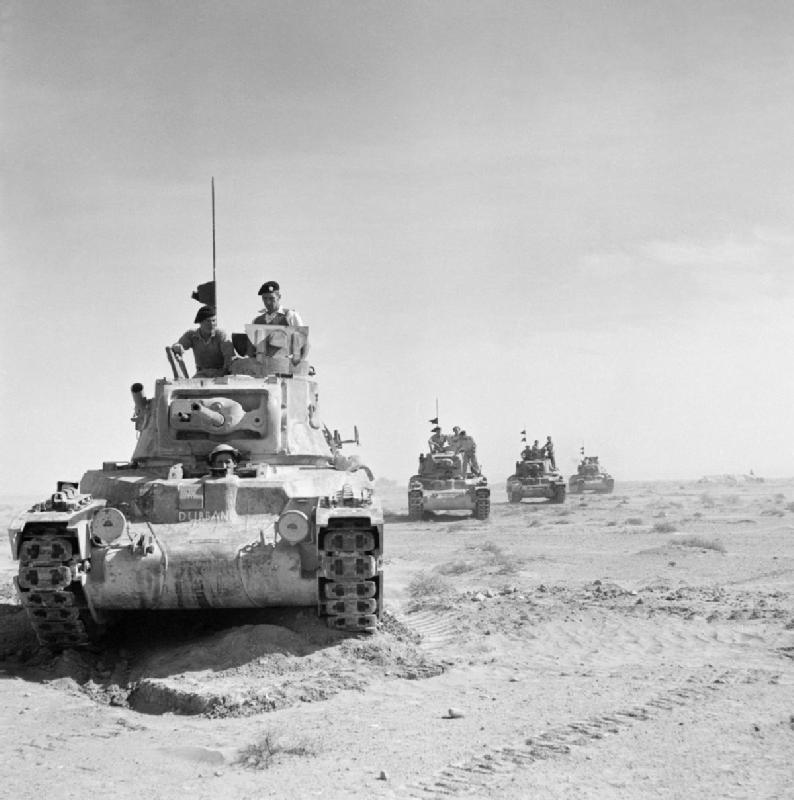 British Matilda tanks on the move outside the perimeter of Tobruk, 18 November 1941 (Imperial War Museum: E 6600)