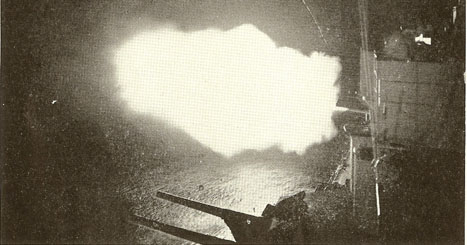 Light cruiser USS Montpelier firing her guns during the Battle of Empress Augusta Bay, night of 1-2 Nov 1943 (US Navy photo)