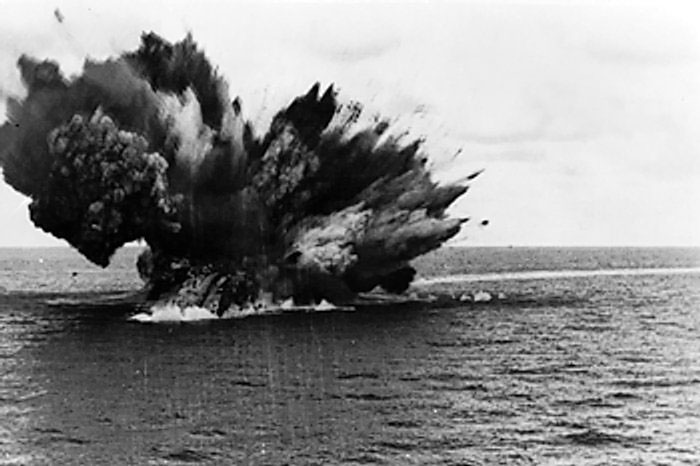 80 Years Ago—Nov. 25, 1941: British battleship HMS Barham is sunk by U-331 off Bardia, Libya (862 killed), the only undamaged Allied battleship in the Mediterranean.

US rejects Japanese proposal and insists that Japan withdraw from Indochina and China.

In Berlin, Hitler meets with the Grand Mufti of Jerusalem, Mohammad Amin al-Husayni, agreeing on elimination of Jews.

In Berlin, six Axis nations renew the Anti-Comintern Pact (opposed to Communist International), and nine other nations sign, including Denmark—in Copenhagen, thousands protest the signing of the pact in the first major protests in occupied Denmark.