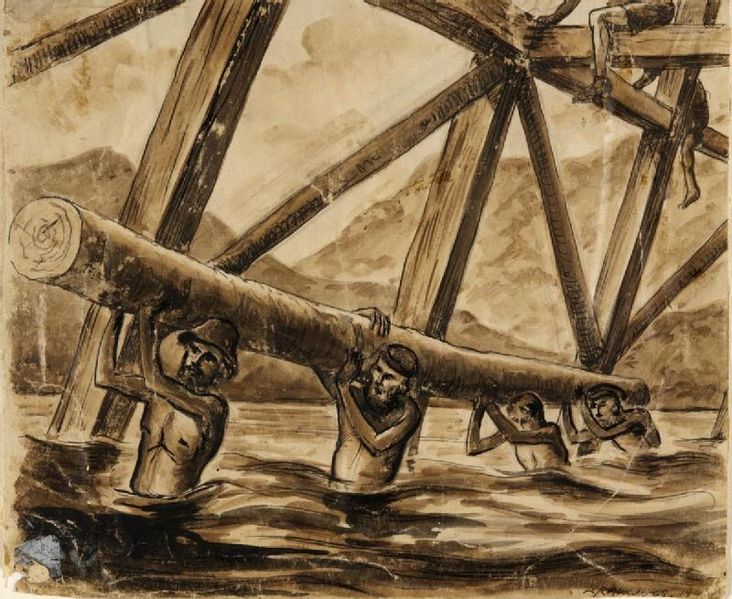 Germans begin evacuating art from the Abbey of Monte Cassino to the Vatican for protection as the Allies approach; most of the monks, nuns, orphans, schoolchildren, and refugees go to Rome as well. 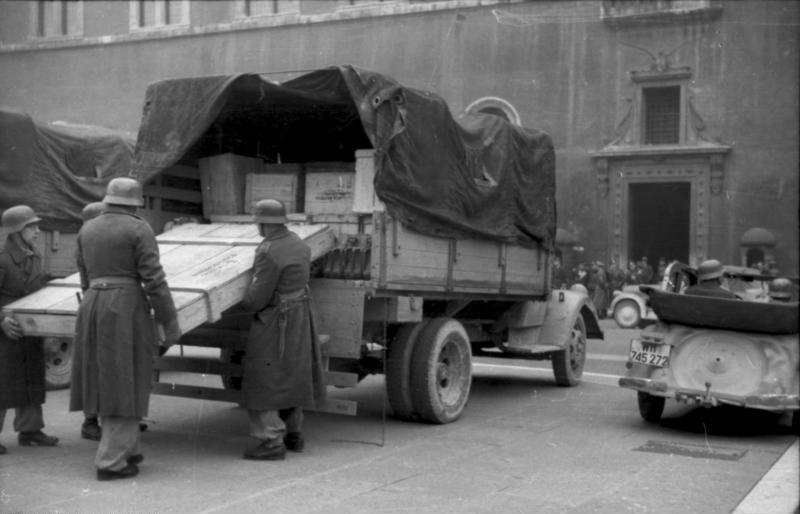 German troops unloading art treasures from the Abbey at Monte Cassino in the Vatican for protection, late 1943 (German Federal Archive: Bild 101I-729-0003-13)