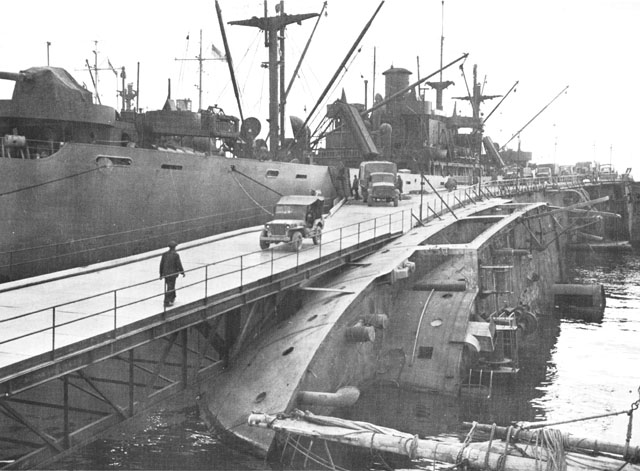 Pier built by US Army engineers over hull of sunken ship, Naples, 1943 (US Army Center for Military History)