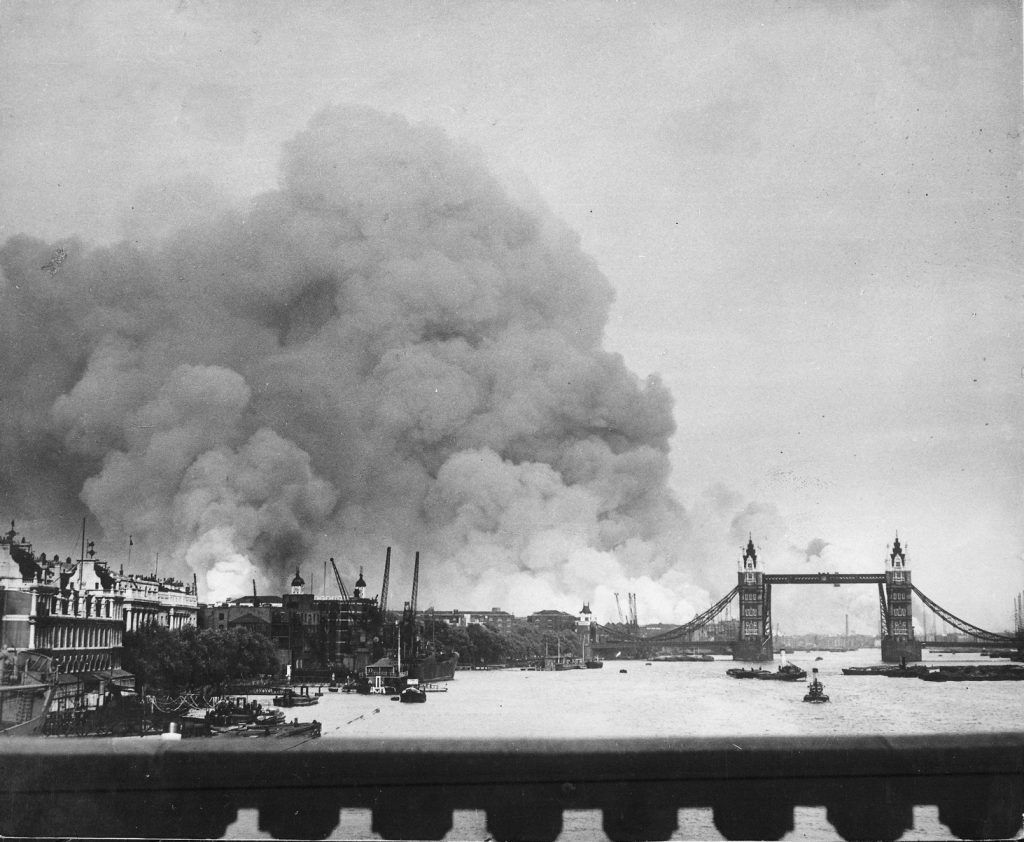 Smoke rising from the Surrey Docks, London, England, 8 Sep 1940, the morning after the opening night of “The Blitz,” with the Tower Bridge silhouetted against the smoke (US National Archives: 541917)

In Britain, “invasion imminent” alarm is sounded—church bells are rung, bridges are blown, and mines are laid.