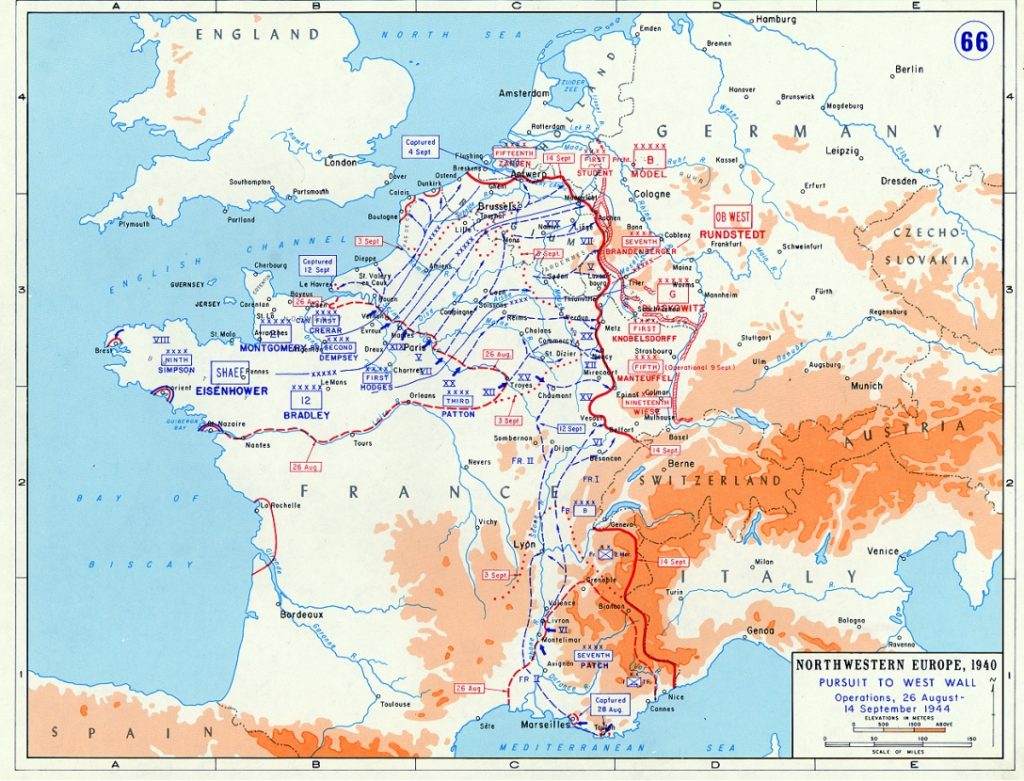 80 Years Ago—September 11, 1939: Polish submarines are ordered to break through to Britain or to be interned in Sweden; many will fight for the Allies.

75 Years Ago—Sept. 11, 1944: US First Army reaches the Siegfried Line at the German border and crosses into Germany north of Trier.

At Saulieu, France, official contact is made between Overlord forces (landed in Normandy 6/6/44) and Dragoon forces (landed in southern France 8/15/44); Allied front now runs from the English Channel to the Swiss border to the Mediterranean.