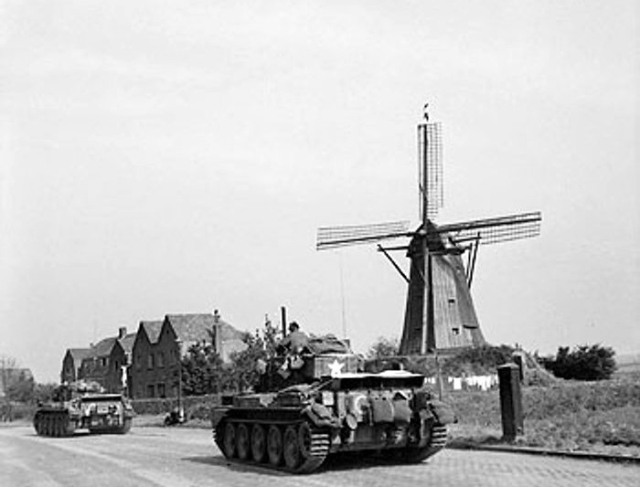 Over France, the first aerial engagement of the war between the RAF and the Luftwaffe takes place.