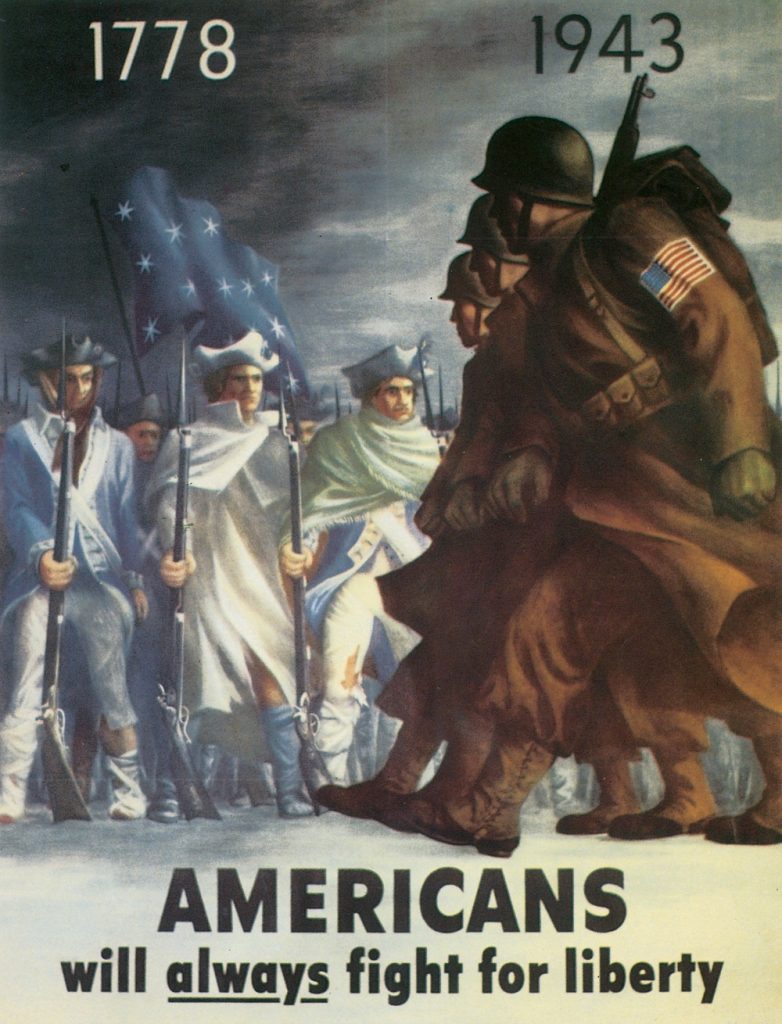 In 1943, the United States, and the rest of the world, faced a grave threat. Germany, Japan, and Italy, with the other Axis powers, had conquered vast areas of the globe. The Allies were just beginning to make progress, clearing North Africa and invading some Pacific Islands, but the road ahead looked long and difficult. It would prove to be so.

This poster reminded the people of 1943 of their heritage, that Americans fight for liberty. The American colonists fighting for freedom in the Revolutionary War faced the greatest military power of the time and prevailed. Their example inspired World War II soldiers to fight for liberty at home and abroad despite the odds.

Likewise, we can learn much from the past. When I think of what men and women of the 1940s endured so we could be free today, it inspires me to embrace their values.

This Fourth of July, remember what made the United States a beacon in a dark world – our love of liberty, our willingness to fight for what’s right, our ingenuity, our flexibility, our sense of humor, our diversity, and our moral strength – and embrace it.

One Response to “Happy Independence Day – Look Back for Inspiration”