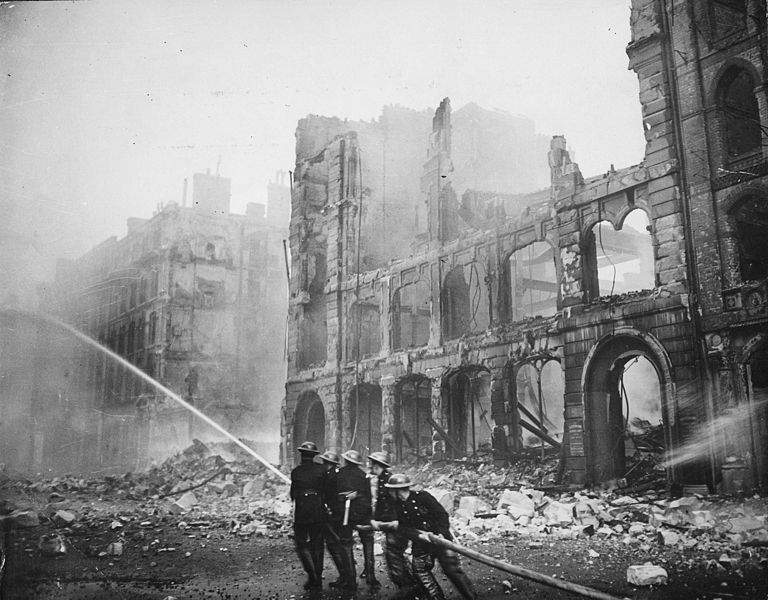 Firefighters putting out a blaze in London after an air raid during The Blitz in 1941 (US National Archives: 541902)

British women ages 20-30 are conscripted for war work; mothers of children under 14 are exempt.