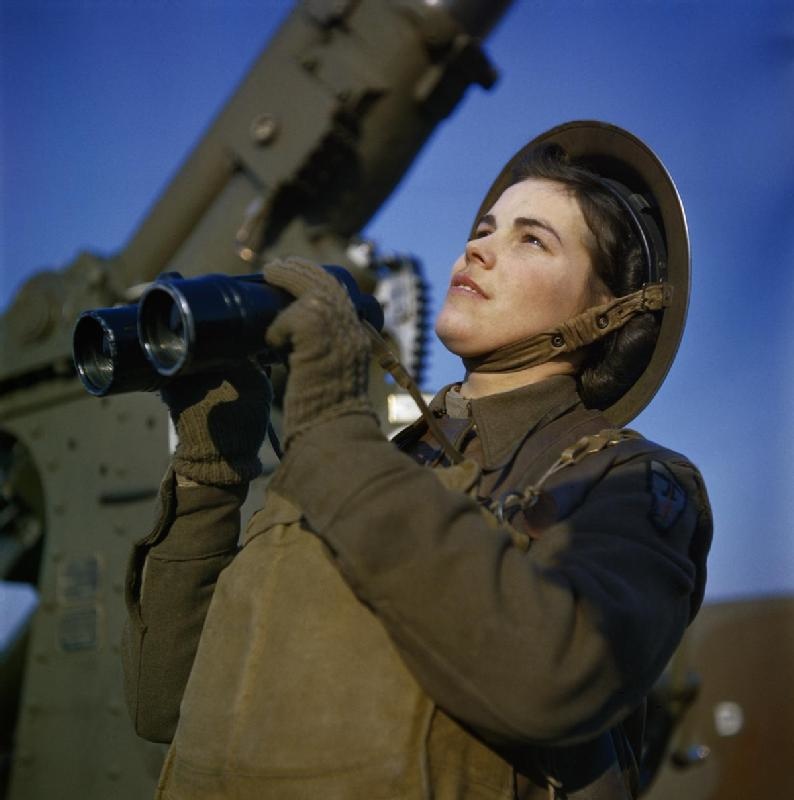 A member of the ATS (Auxiliary Territorial Service) serving as a spotter with a 3.7-inch anti-aircraft gun battery, December 1942 (Imperial War Museum: TR 452)

An antiaircraft battery opens in Richmond Park, London, staffed by a mixed-gender unit including the first British women in combat.