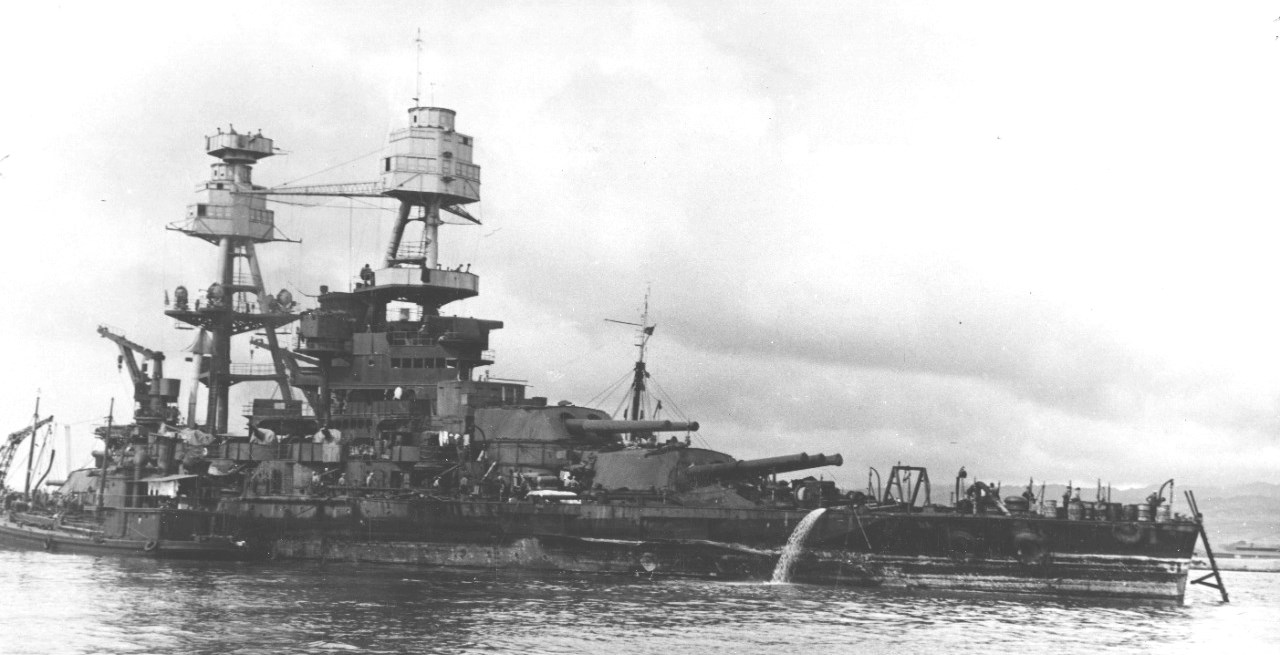 Battleship USS Nevada refloated after being sunk on 7 Dec 1941 and ready to be moved to dry dock, Pearl Harbor, Hawaii, 17 Feb 1942 (US Navy photo)

US Tenth Air Force activated at Patterson Fd. OH under Maj. Gen. Lewis Brereton, to be based in New Delhi, India.

Patch of the US Tenth Air Force