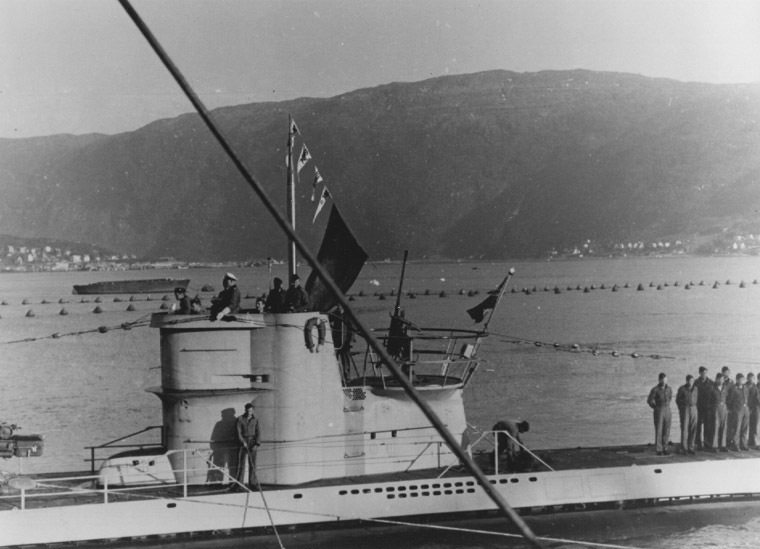 German U-boat U-255 returning to port after attack on Convoy PQ-17, flying four victory pennants and the flag of the merchant ship Paulus Potter (US Navy photo)

New song in Top Ten: “This Is Worth Fighting For.”