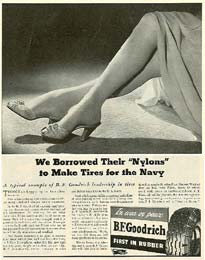 80 Years Ago—May 15, 1940: At Gembloux, Belgium, Germans lose 250 tanks to French artillery, but the French are forced to fall back as Belgian troops retreat.

In the US, nylon stockings first go on the market, made by DuPont. [Read more: Stocking Shortages in World War II]

75 Years Ago—May 15, 1945: Turning point in China—Chinese troops have Japanese forces in full retreat; by the end of the month, the Japanese will be pushed north of the Yellow River.