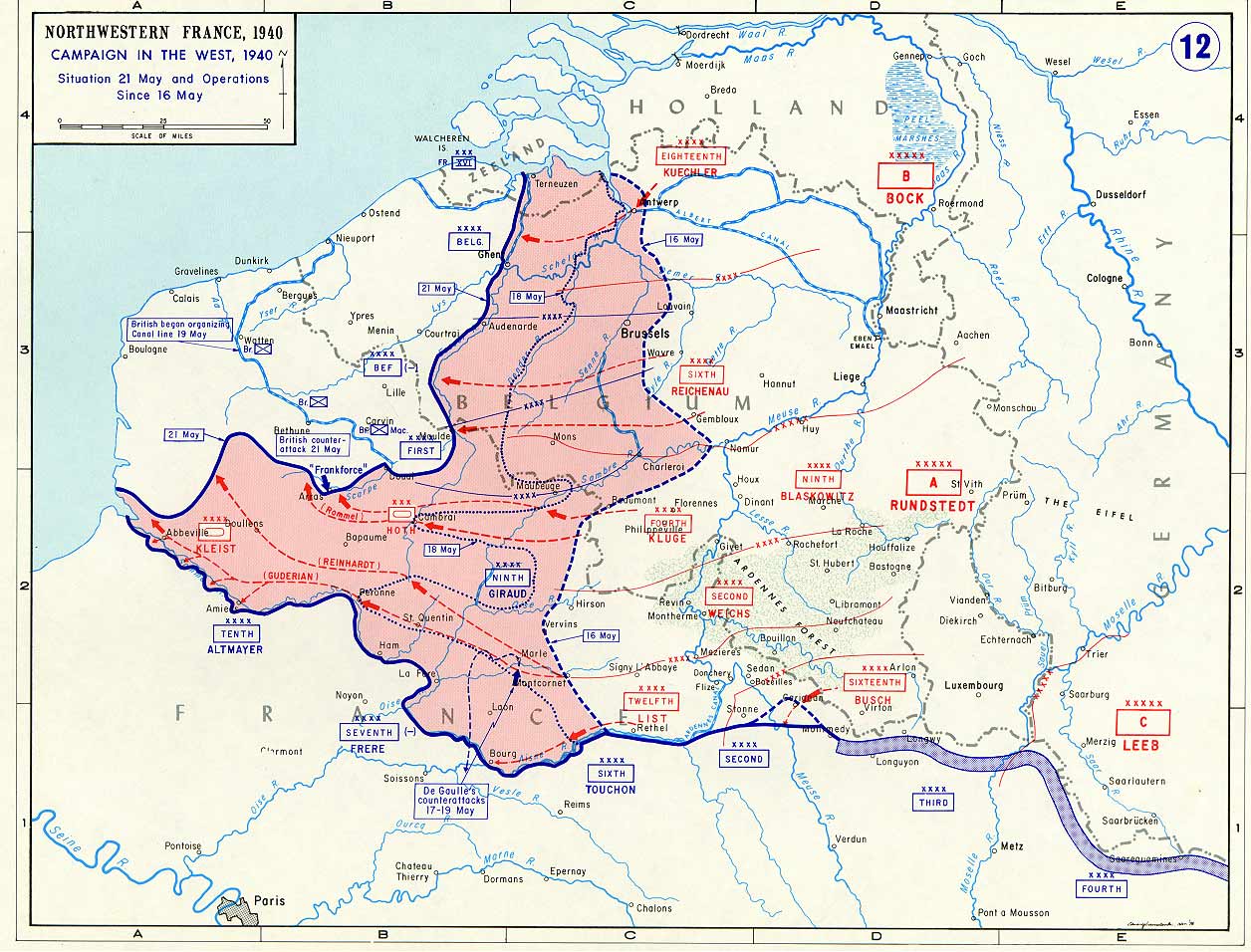 French 9th Army surrenders, along with Gen. Henri Giraud, who will escape in 1942 and lead Free French forces in North Africa.

75 Years Ago—May 21, 1945: Heinrich Himmler is arrested by the British in Bremervörde, Germany, disguised as a businessman.