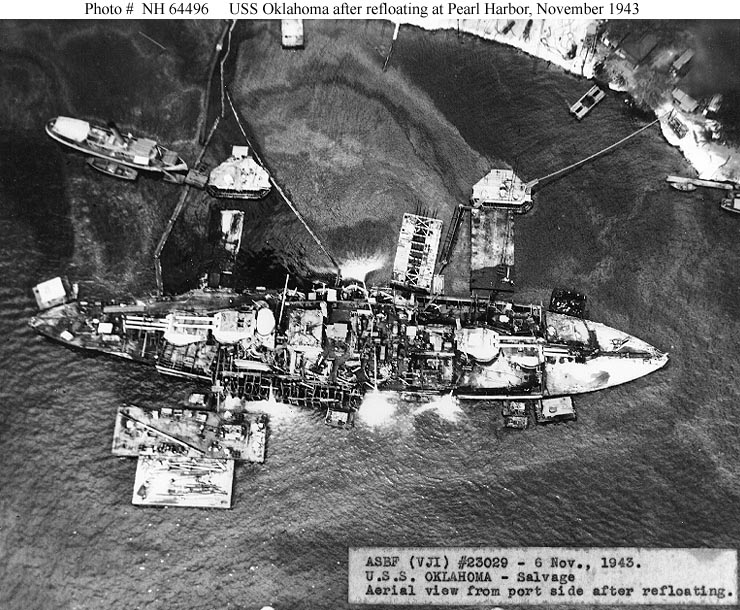 75 Years Ago—Nov. 3, 1943: Battleship USS Oklahoma, sunk at Pearl Harbor, is refloated, but it will be scrapped due to excessive damage.

US Eighth Air Force sends 566 bombers to hit Wilhelmshaven, its first mission of over 500 bombers.