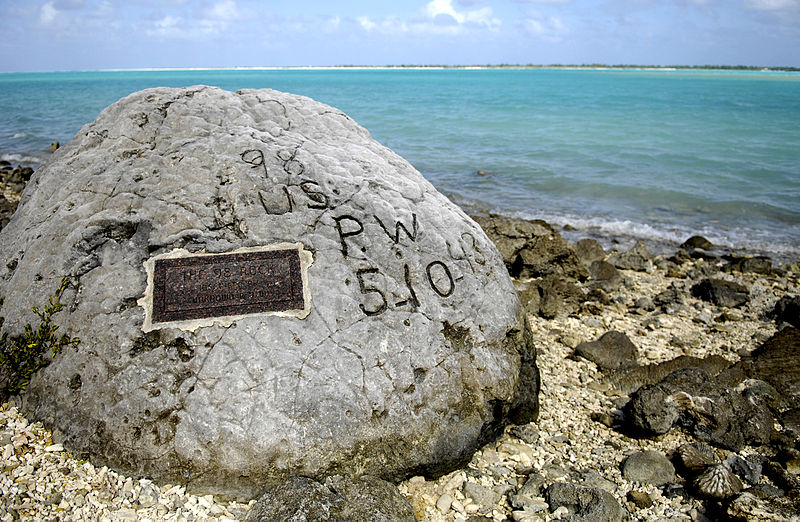 Memorial for the 98 US civilian contract POWs who were executed by the Japanese on 7 Oct 1943; an unidentified prisoner escaped and chiseled “98 US PW 5-10-43” on this rock before he was executed himself (US Air Force photo)

75 Years Ago—Oct. 7, 1943: Japanese execute all 98 US civilian construction POWs on Wake Island in reprisal for US air raids.

First German time bomb explodes in Naples, in the main post office, leading to 70 casualties; more bombs will explode over the next 3 weeks.