All the Lost Places by Amanda Dykes 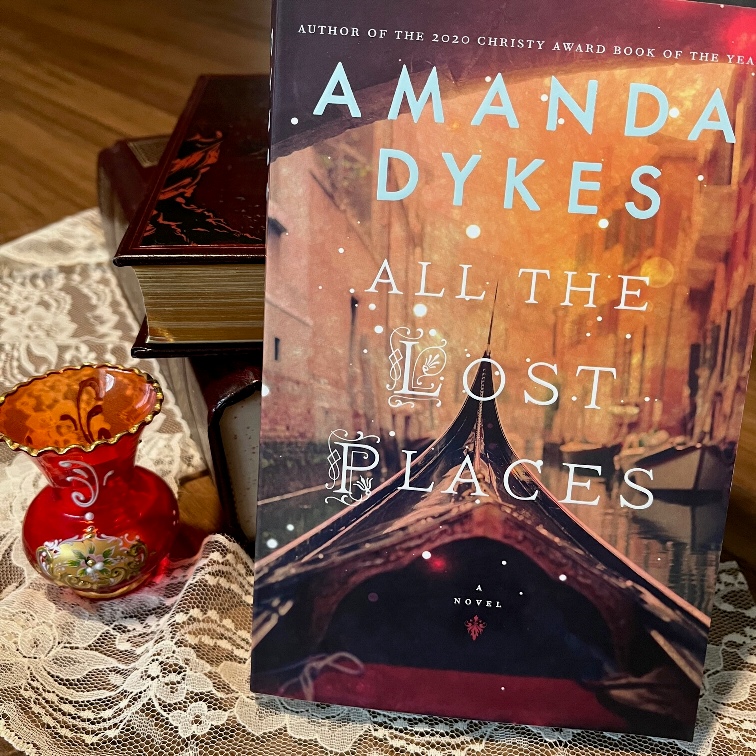 “Who am I?” That’s the question Sebastien Trovato asks himself. Found as a baby floating in a basket on a canal in Venice, raised by an unlikely troupe of craftsmen and women, and now as a young man rotating between islands, between guilds, he doesn’t know where he belongs. Until Mariana washes ashore during a storm, and he knows he belongs with her.

Almost a century later in San Francisco, Daniel Goodman knows the answer to that same question. Who is he? He’s a thief. A thief who has disappointed his adored mother. A thief who has lost his only good trait – his ability to create art. When an entrepreneur presents him with the chance to go to Venice, his mother’s hometown, to draw the buildings – and to find the finished version of the unfinished Book of Waters – of which Daniel owns one of the few copies. In Venice he meets the ebullient bookseller Vittoria, who’s drawn to Daniel’s quest – and to his troubled soul.

As Daniel delves deeper into the Book of Waters and into the tale of Sebastien and Mariana, will he find what he needs to make himself whole?

Once again, Amanda Dykes has penned a story of myth and legend and utter beauty. Each sentence makes you want to pause to absorb the deep thought and the superb use of language – yet the characters, the story propel you to turn the pages faster and faster. Sebastien and Daniel are such appealing heroes, each wounded and searching, but good at heart, and their quests for identity and meaning and redemption linger long after the story ends. Savor each page of All the Lost Places.