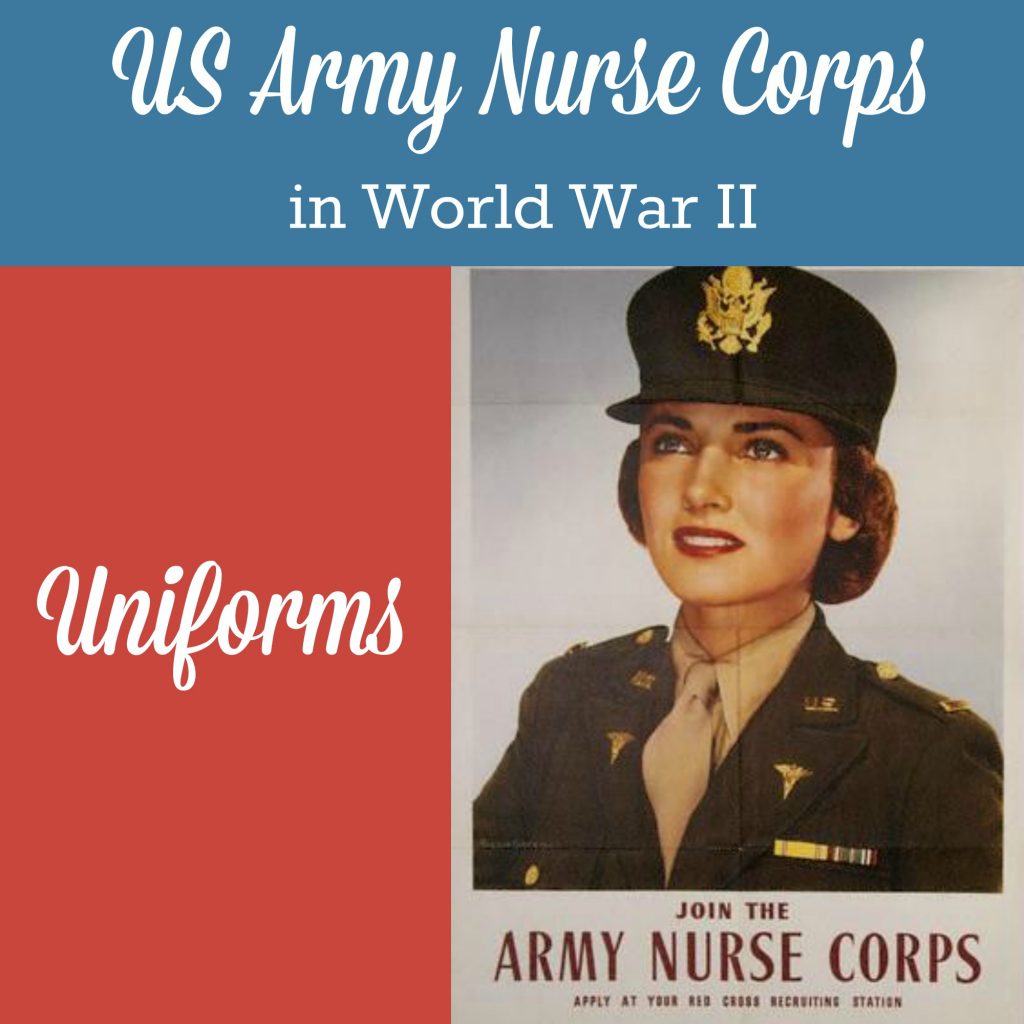 At the beginning of the war, nurses wore a white ward dress with the white nurse’s cap on the ward. For outdoor use, they were also issued a set of “dress blues,” a dark blue service jacket and a medium blue skirt, a white or blue shirt, black tie, black shoes, and a dark blue garrison cap or service cap. This uniform is pictured on the cover of my second novel, A Memory Between Us. A dark blue cape lined with red and an overcoat were also used for outdoors wear. 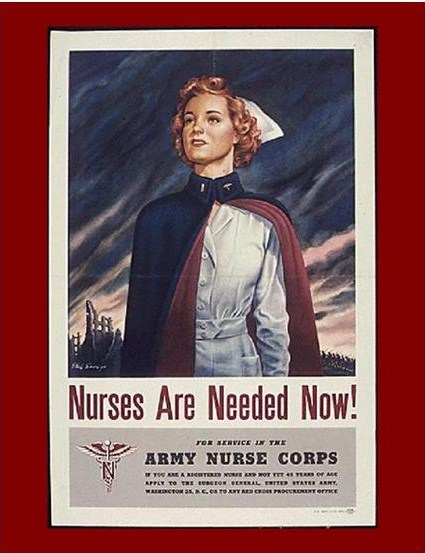 Starting in July 1943, the blue uniform was replaced with an olive drab service jacket and skirt and cap, khaki shirt and tie, and brown shoes—but implementation was slow and sporadic. It was first issued for overseas use, and later for stateside use, with conversion complete by June 1944. 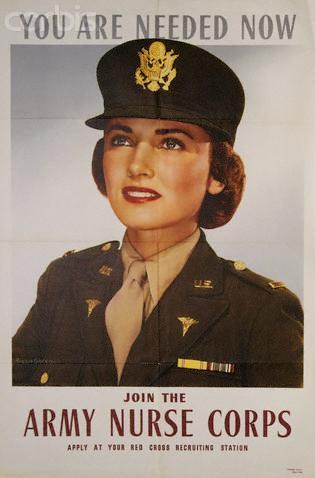 In combat areas, white ward dresses and skirted suits were absurdly impractical, but the Army was slow to provide appropriate clothing for women. In 1942 during the early campaign in North Africa, the women resorted to wearing men’s herringbone twill fatigues and boots—in men’s sizes.

The Army then provided brown-and-white seersucker ward outfits. Although seersucker is easily laundered, the nurses didn’t care for it, since seersucker was traditionally worn by nurse trainees. The wraparound dress was unpleasant to wear in windy conditions, so a skirted outfit and a trousers outfit in seersucker were provided by August 1943. A matching jacket was issued to convert to outdoor use. The seersucker uniform was worn with brown shoes and hat. 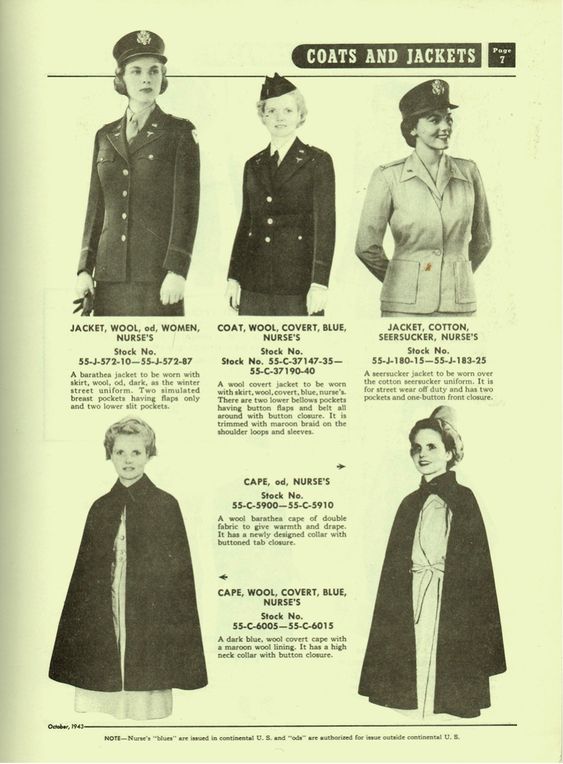 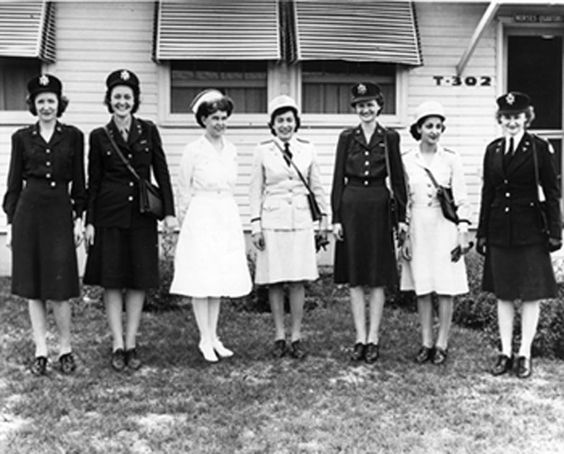 The service and dress uniforms worn in the US Army Nurse Corps in WWII (US Army Medical Department, Office of Medical History)

The dress uniforms had maroon piping on the garrison cap, epaulettes, and cuffs. The rank insignia (a single gold bar for second lieutenants, the vast majority of nurses) was worn on the epaulettes. A gold “U.S.” pin was worn on each collar, and a gold caduceus with a red N was worn on each lapel.

For fatigue uniforms, ward dresses, or whenever the service jacket wasn’t worn, the rank insignia was pinned to the right collar, and the caduceus on the left. 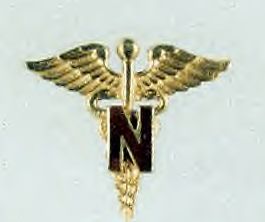