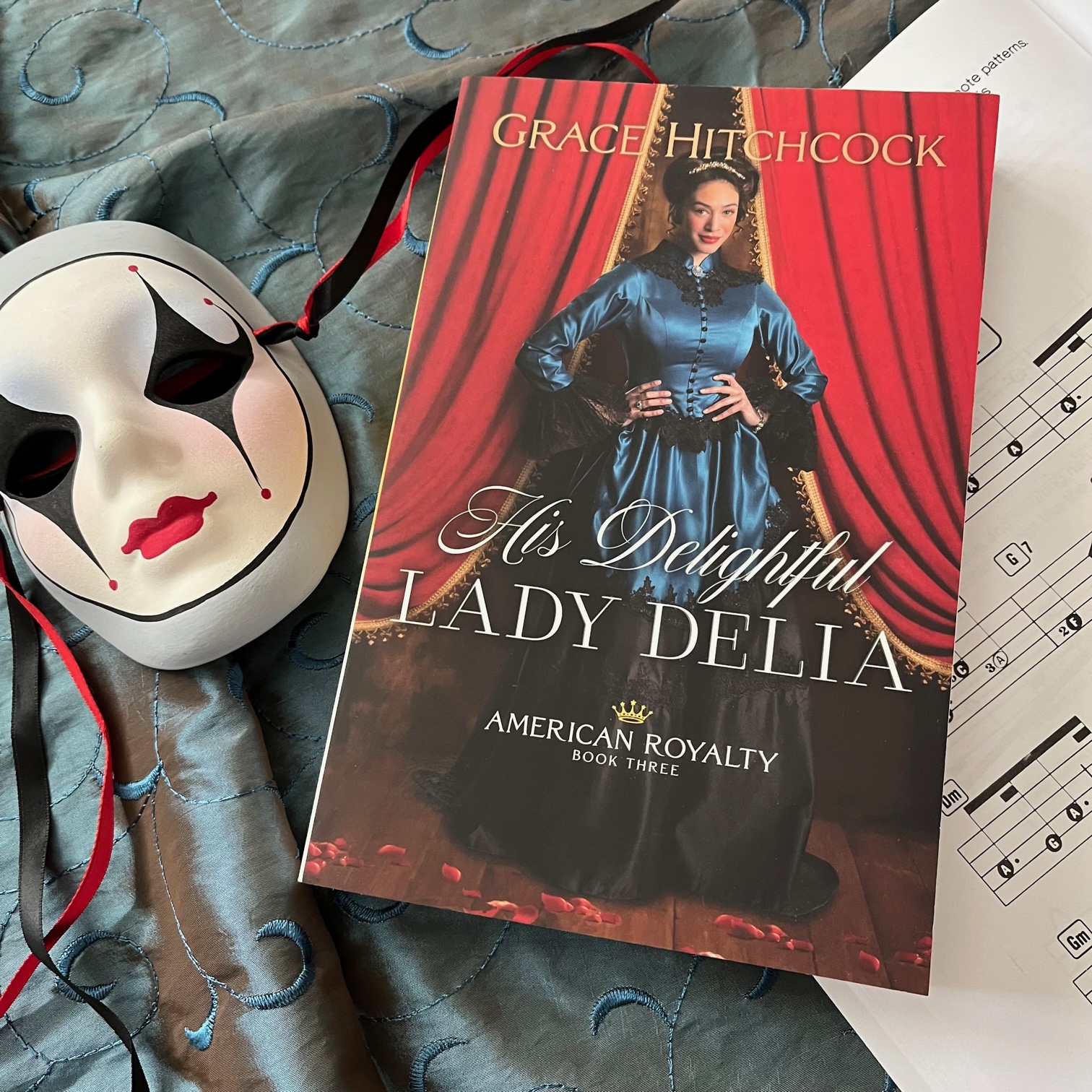 Delia Vittoria doesn’t mind being her mother’s understudy at New York’s Academy of Music, but then her mother’s respiratory ailment thrusts Delia onto stage – and into the limelight. The new operatic diva takes New York society by storm, but will her newfound acclaim overcome the stigma of being the daughter of a woman of ill repute and an absent father, a child of divorce?

Well-established in New York society, hotel owner Kit Quincy has resigned himself to unwanted bachelorhood after several romances went astray. He’s completely taken by the lovely Delia, but he can never hope to undo the horror of mistaking her for her mother and reprimanding her for carrying on with a married man. Then a society maven proposes a scheme to raise Delia’s fame and keep the Academy in society’s eyes as the new Metropolitan Opera threatens its stance. The scheme? For Kit to pretend to be a figure from the past, a phantom who will swoop down to stage and bestow mysterious and romantic attention on Delia. The problem? No one knows what happened to the previous phantom.

A delightful romp! His Delightful Lady Delia by Grace Hitchcock is full of yearning and humor and just the right touch of old-fashioned Victorian melodrama. Delia’s upstanding character and her quest for acceptance make her an endearing heroine, and Kit offers dash and integrity and a trace of vulnerability. Enjoy!