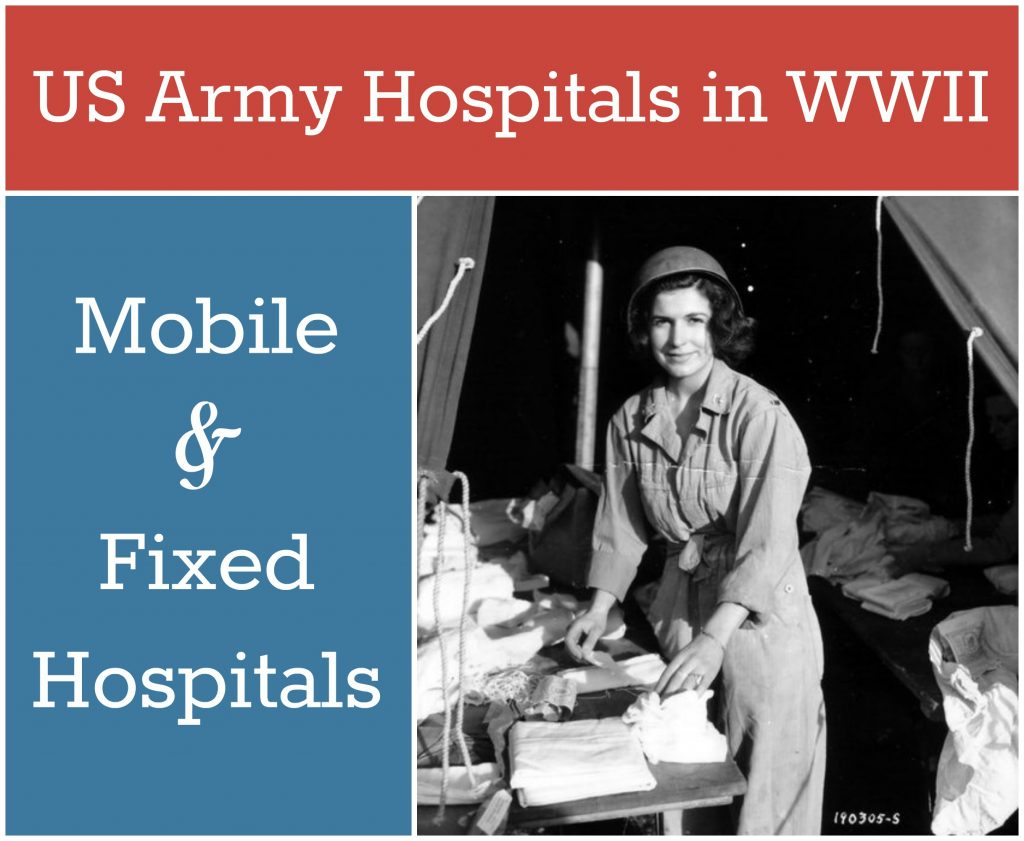 Hutch crossed his arms over his soggy mackinaw and gave Bergie half a smile. “You said you’d take over. Ever pitch a tent before?”

“In Boy Scouts.” The surgeon raised a three-finger salute. “On my honor–“

“Nope. But I’m willing to get dirty. What’s mud compared to the blood and guts I usually swim in?”

Hutch turned to Sergeant Paskun. “I’ll put the captain on my team and mess up his pretty officer’s manicure.”

“Heavens to Betsy!” Bergie said in a falsetto, inspecting his fingernails. “I just had them done.” (On Distant Shores, p. 150)

Field hospitals (400 beds) and evacuation hospitals (400 or 750 beds) arrived within a few days of an invasion and followed the army, staying about thirty miles behind the front. They were close enough to treat patients quickly and send them back to the front quickly as well.

These hospitals relied on mobility. They usually used canvas tents, but also used schools, barracks, hospital buildings, hotels, Mediterranean villas, and even an Italian stadium. A few days before a move, the hospital stopped admitting patients and evacuated their current patients to other hospitals. They packed their equipment and personnel into trucks, advanced to the next location, set up, and were ready to admit patients within hours. 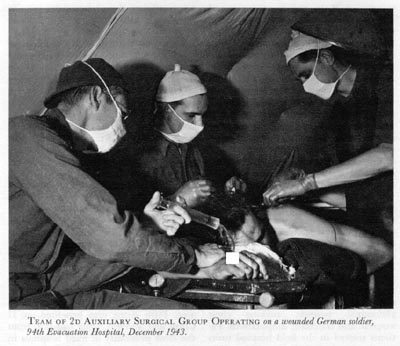 In the European Theater (England, France, Belgium, Germany), the field hospitals stayed closer to the front, with the evacuation hospitals farther to the rear. In the Mediterranean Theater (North Africa, Sicily, Italy, southern France), field hospitals and evacuation hospitals were used interchangeably. Both theaters practiced “leapfrogging” as the front advanced—hospital A would pass hospital B, then hospital B would pass hospital A. This reduced the frequency of moves 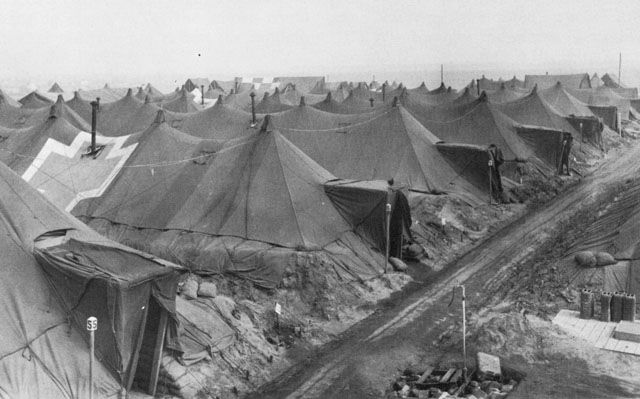 US evacuation hospital tents on the Anzio beachhead, Italy, spring 1944, revetted for protection from bombs and shells (US Army Medical Dept.)

The station hospitals (250, 500, or 750 beds), general hospitals (1000 beds), and convalescent hospitals (2000 or 3000 beds) were set up far from the front to keep patients safe from danger, but also to keep them in the theater, which made it easier to return the soldiers to duty. In England before D-day, field and evacuation hospitals waiting for the Normandy invasion functioned as station hospitals to care for patients.

In each theater of operations, fixed hospitals operated in what was called the “Communications Zone.” In the European Theater, the COMZ was originally in England, then as the Allies approached the German border, the COMZ extended to include Normandy and Belgium. In the Mediterranean Theater, Morocco served as the first COMZ, then Algeria. When the Allies invaded Sicily and Italy, North Africa was the COMZ, and as the front advanced, the COMZ was established in the Naples area of southern Italy. In the Pacific, fixed hospitals were first established in Hawaii and Australia, then followed into secured regions. 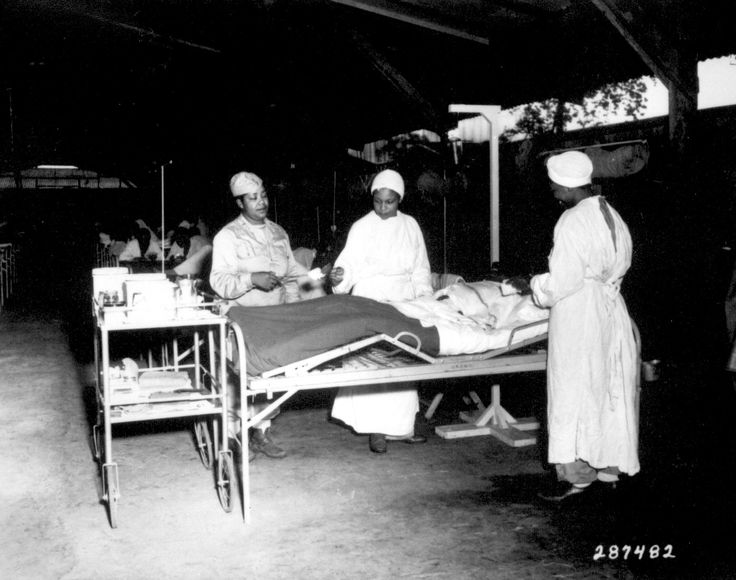 Fixed hospitals moved less often and occupied more permanent facilities. American units used some standing hospitals in host or occupied countries, but many were a collection of tents or Nissen huts, 20-ft by 40-ft corrugated tin semi-cylinders. In England, Nissen-hut hospital complexes were often placed on estate grounds, and had concrete floors, flush toilets, clean water, and were heated by coal-burning stoves. In the Mediterranean and Pacific, facilities were more primitive but improved over time. In these theaters, mosquito netting was draped over the beds to prevent transmission of malaria. 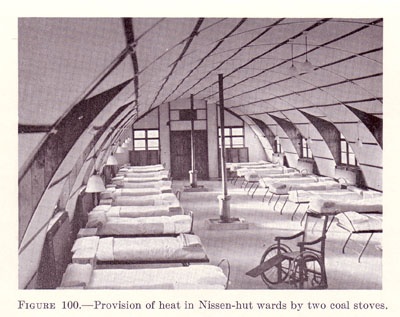 Fixed hospitals in the Zone of the Interior (continental United States) enjoyed the benefits of modern buildings and facilities. However, shortages of medication, equipment, and personnel were always a problem. 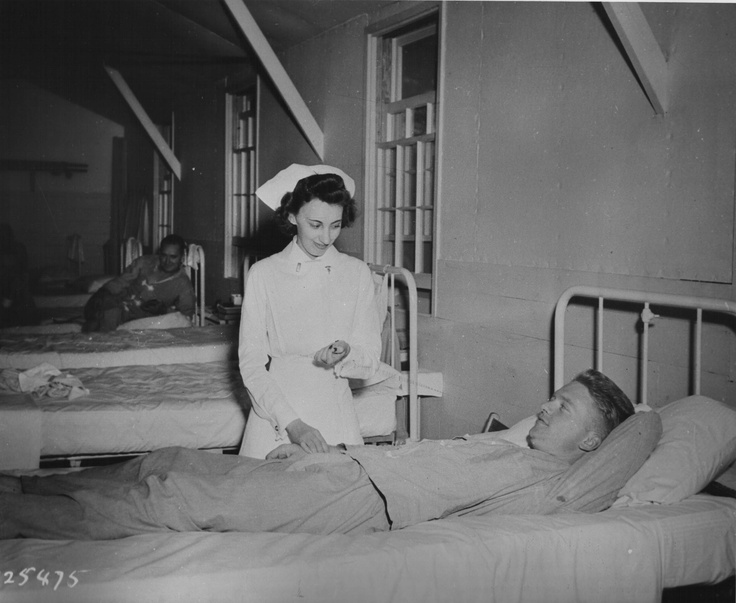