Lessons from the 1940s – Labor Counts 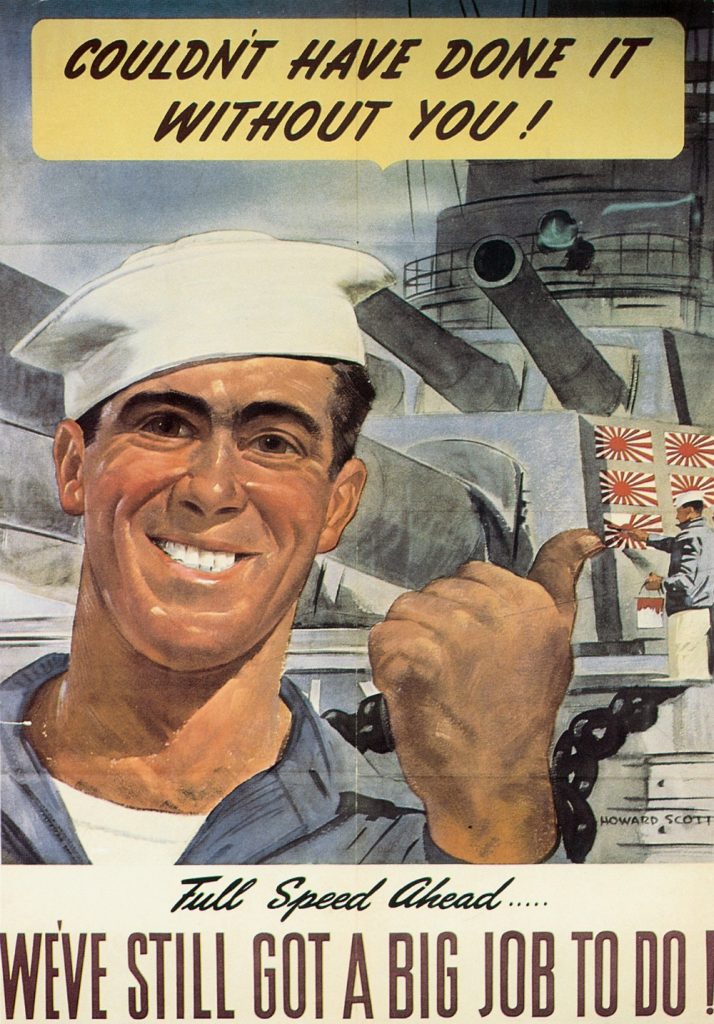 On Labor Day I thought it was appropriate to honor the vital role of production in the Allied victory in World War II.

The United States was well situated to become the “Arsenal of Democracy.” Other than a handful of bombings from Japanese submarine-based planes and shellings from submarines, American soil was unscathed by the war. The factories and shipyards functioned free from danger. The US also had a large industrial infrastructure with Yankee flexibility. Assembly lines for automobiles and washing machines were quickly reconfigured to crank out jeeps and tanks.

To compensate for the loss of labor due to the military draft, women stepped forward to work in the factories, with 16 million women in the workforce by 1943.

Work days were lengthened and manufacturing wages rose, from an average of $25 per week in 1940 to $45.70 in 1944, even while civilian prices and rents were frozen.

American industry and workers stepped up production so that by 1944, real economic output had increased 150%. By 1942, the United States produced more arms than all the Axis countries combined. As a result, America was able to keep itself and the rest of the Allies well supplied.

Dark spots existed. Despite taking a “no-strike pledge” after Pearl Harbor, unions launched many strikes that slowed production, especially in the railroads and the coal and steel industries. The threat of government takeover, public outrage, and disgust from the military ended these strikes. In June 1944, sailors on the seaplane tender USS Coos Bay sarcastically sent $412 in pennies to buy off the workers at the Wright aircraft factory in Ohio.

In the end, American production was a key factor in the Allied victory. By keeping the Allies suppled with arms, vehicles, planes, ships, equipment, uniforms, medical supplies, and food, the “Arsenal of Democracy” lived up to its name.